With snow being today’s theme I thought I’d stick some pictures up.  The header photo (click to enlarge) is the view from my upstairs landing window into our back garden.  The kids were off yesterday and trashed the pristine snow. I was chairing a panel session at the ISPA conference in London.  The show must go on.

The conference was remarkably well attended considering that some people from “up north” were completely snowed in.

The point of this post, much as we like snow when it is at its pretty stage,  is however to show the picture of the Timico car park.  This is normally chock full with cars but we are in one of the areas heavily hit (the Lincoln Christmas Market has been forced to cancel for the first time ever). Not a problem though. Staff have been able to work from home using their VoIP accounts and broadband connections.  Sorted.

There is also an interesting story concerning one of our customers who has just recently installed VoIP in a couple of pilot sites. Because of travel to work problems and staff shortages they have shut a number of offices and wanted call diversions put in place by BT to direct traffic to their open offices. The offices piloting VoIP did this in a matter of seconds.  Those relying on BT to manually perform the divert have been told that it isn’t going to happen due to the huge demand caused by the snow! This certainly shows the right and wrong ways to perform Disaster Recovery.

I don’t normally use this blog to plug Timico but this one was too topically and relevant not to and really I’m just plugging the technology.

Here’s the view from the office window.  It has since started snowing again. The picture right at the bottom is my jeep when I got back to the trains station last night. Snow? Bring it on 🙂 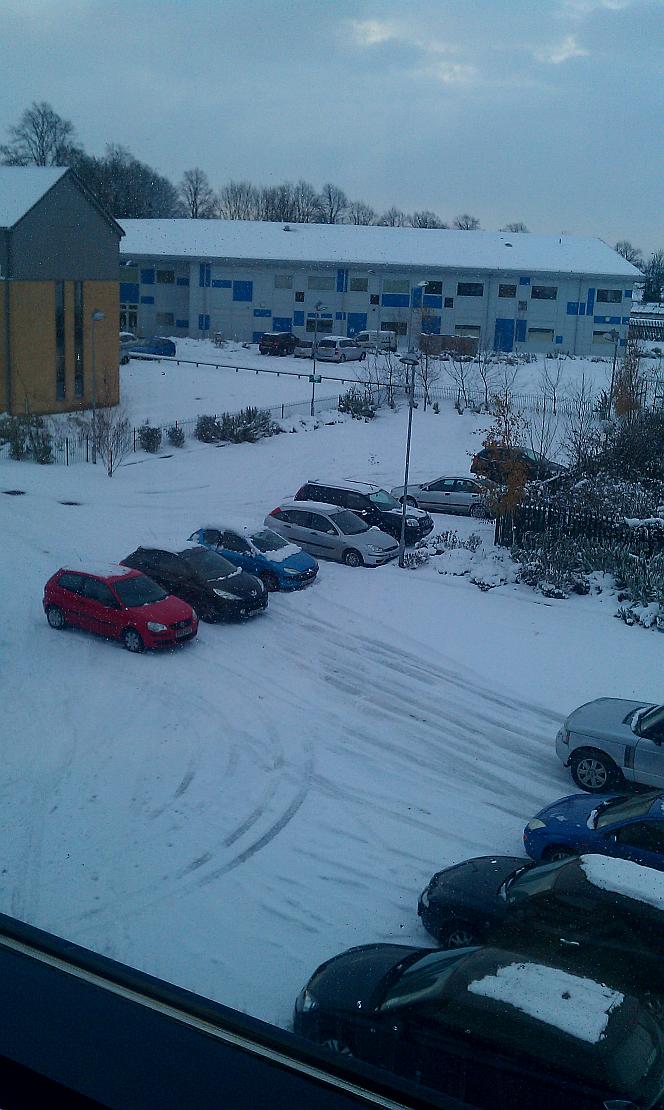