The gathering of the mighty quadtracs was foreseen. 50 of these giants of the agricultural world formed the biggest ever congregation of their kind at Hemswell in Lincolnshire last Saturday.

5 minutes at 3.5kph (speed set so as not to run out of field in the regulated time) saw a new world record set for the most number of quadtracs simultaneously working a field. 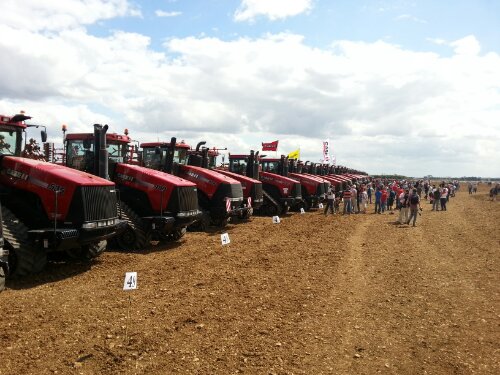 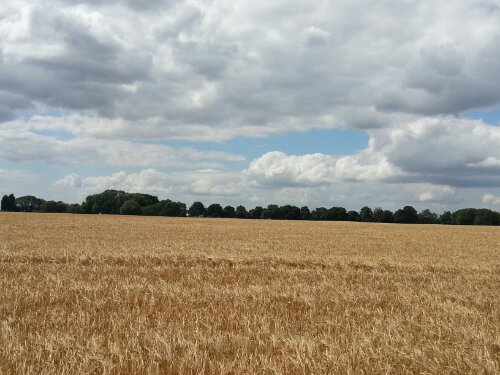 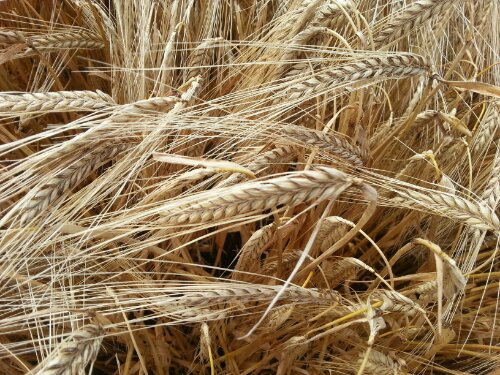 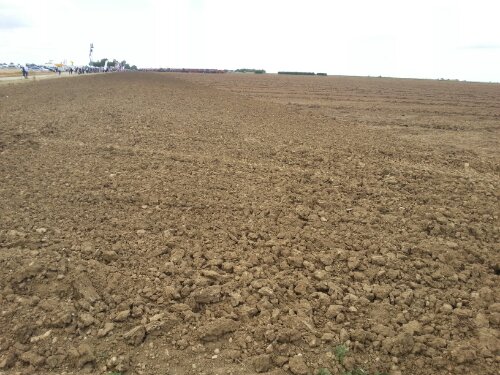 The event raised thousands for cancer charity in memory of John Rainthorpe with over a thousand cars worth of spectators in attendance – amazing.

The quadtracs came from far and wide with two of them travelling 433 miles from Scotland (on the back of a lorry – they would still be on their way otherwise). 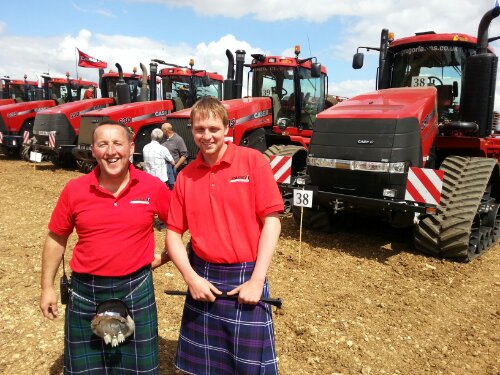 2 replies on “50 mighty quadtracs all in a row”

That “For more …” link is glitched. Try this : QuadtracRecord.co.uk (Flash page).