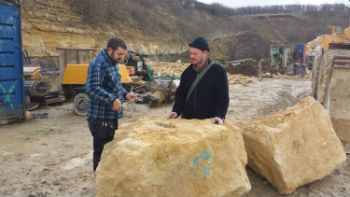 This first candidate on the right had already been moved into the main quarry working area. It might do the job as one of the halves. Alan and quarry manager Sean are seen discussing dimensions. For practical reasons the Eleanor Cross statue will be carved in two halves and cemented together. Otherwise the stone would be too heavy to cart to site for carving.

The next photo shows the cutting equipment used to saw the rock into manageable pieces and to work some finished product for the building industry. It wasn’t safe to get too close without the appropriate protective gear. 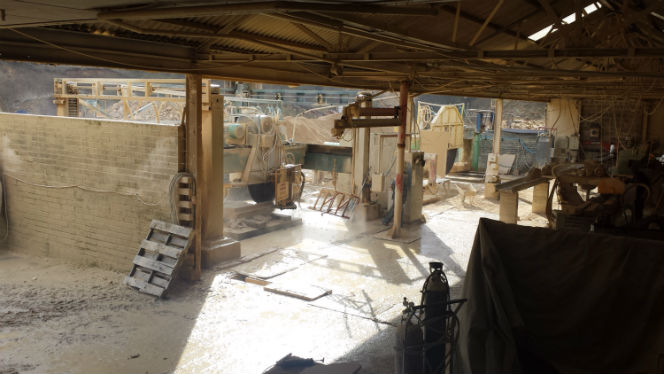 You can also check out the sound effects from the cutting equipment in this 8 second Youtube vid.

We soon found the right stone. There were to. One was 13.5 tonnes and the other 11.5. Both were too big for our purposes but could be cut “to order”. 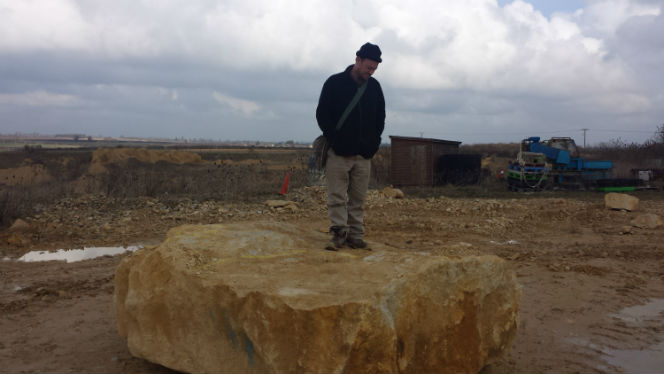 The Lincolnshire Limestone used here from the lower layer and according to Wikipedia was formed around 165million years ago. Short but relevant and interesting spiel here. the remainder of this post is made up of videos taken whilst choosing the stone together with short observations from Alan Ward on the final choice.
Assessing the stone – where would the head go inside this piece? Where will the wing go?

Sign off video by Trefor Davies and Alan Ward. 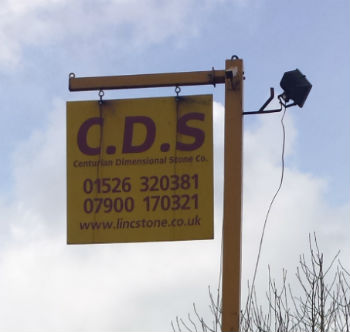 1civilizations will come and go but we will always be friends 🙂