Being a somewhat regular visitor to London over the past 15 years, and having spent more than a year commuting weekly from Paris to a start-up gig there way back in ‘00-’01, I have Eurostar stories to burn. Nothing I could recount, though, compares to the head-shaking cock-up I was a party to this past Friday.

I arrived at the Eurostar departure area at St. Pancras at 15h00 on the nose, ready to flash my ticket’s QR code at the gate. A gentleman in front of me had a problem getting the gate to take his QR, and he waved me ahead. At that moment the gate opened, and with it all happening so fast I rushed right through. A no-no, to be sure, and I knew it (gotta flash your code, otherwise the databases aren’t fat and happy), so I immediately turned around to hand my ticket to the guy who waved me ahead so all could be reconciled. And if that had been all that happened, it all would’ve worked out fine. No harm, no foul.

Alas, as I was handing my ticket to the guy whose entry I had assumed, a Eurostar person jumped in the middle of it all. This woman took my ticket into her hand already full of tickets, working diligently to get not only the guy I mentioned through but others with him as well. That accomplished, she handed me back what should’ve been my ticket, but which I was soon to learn was not in fact my ticket but the ticket of one of the others in the group. Soon to learn, but not quite soon enough as it turned out. Keep reading. 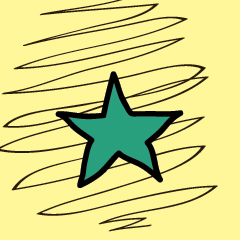 Security, Passport Control, a Cadbury Flake purchased, 15h31 train to Paris boarding, up the escalator, down the platform, onto Car 18 and (almost) into Seat 72…which was inhabited by another person with a valid ticket for the seat. My ticket? Valid for the same seat on the train leaving at 16h02. Oh, and the name on the ticket was not anything remotely akin to my own.

Realizing quickly what had happened, I sought out someone in Eurostar-logo-emblazoned clothing to explain my situation to, thinking there would be high-techy solution to it all. Instead I got “Well, all the trains are overbooked today, so we’ll put you on the 16h02 and just hope things work out. Maybe the person with your ticket got on the 15h31. If not, we’ll handle it then.” Thus, Eurostar’s idea of fixing the situation boiled down to this: Perhaps the person traveling with those other people realized he had been handed back your ticket for the 15h31 and instead of staying with his group on the 16h02 he instead bid them a quick “Ta ta! See you in Paris!” and ran to take the 15h31. Oh, and he opted for a different seat than the one on my ticket — although there weren’t any free seats on the train — because he was not the guy I encountered when I tried to take the seat on the 15h31. So just take the seat on the 16h02 with the ticket you are holding and hope.

So I boarded the 16h02, took Seat 72 in Car 18, and waited. Not long. Soon enough, the guy who I originally encountered at the entry gate boarded the train with his group. He saw me, immediately knew why I was there, and together we set off in search of a logo-ed person who could offer much-needed resolution. And this is where things get anti-climatic, because we quickly found a train manager who found me an empty seat in Car 17 using a handy-dandy tablet with some proprietary app connected to some up-to-date database in some datacenter somewhere nearby, and that was that. I would make it home for the weekend, I wouldn’t have to stand between cars or sit on someone’s lap to do so, and I could spend the two hours pondering why some Eurostar trains are 2014-tech-ready while others seemingly are not.