Accessing the whole of creation…what is available in my “region” of it, that is.

A regular contributor to trefor.net, we are as always pleased to present insight from James Blessing, the current Chair of the Internet Service Providers Association (ISPA) UK.

Once upon a time in the west, a man sat and contemplated the state of the world and the marvels that now existed upon his doorstep. With a simple gesture he could now access the whole of creation, every song that’s ever been sung, every work of art painted or love poem written in a moment of teenage angst. And the cats, don’t forget the cats…

Maybe that’s the future, it’s almost the now, but there is a problem that means that “every” gets dropped on the floor and is replaced with the slightly less poetic “everything that we could managed to get the licensing conditions approved for in your country right now, but maybe not next week” and that problems is lawyers.

When I started to think about this article I was going to focus on the benefits of the Internet and broadband, and then I tried to watch a clip from the late show…and then I changed tack. This isn’t the first time — and it won’t be the last — when content isn’t available in my “region”, where geo restriction has reared its head and made it so that if I want to watch content I have to either fire up a VPN to the “right region” and watch the content from there, or I will have to  head over to a friendly Pirate resource and unleash a p2p application. Do you want to know the worst bit about this? The content was being pushed to me by the DailyShow itself.

And it gets worse. Wil Wheaton has written a blog about this very topic, in fact, as he’s seeing an ever increasing number of people using bittorrent to download his new show, and he is worried that if it continues the show won’t be renewed. It even pushed me into writing a quick email to Syfy UK (the network that produces the show in the US), but even they can’t get the show:

“We instigated proceedings to acquire the UK rights, but a number of legal complications surrounding differences in UK and US clip clearance legislation, have unfortunately prevented us from doing so.“

Now here is something that needs fixing. I have no “magic bullet” solution, as there are too many vested interests that won’t have a sensible conversation unless someone waves a stick at them and the politicians seem to be too scared of big media to unleash their sticks. There is an election next year, though, and it sure would be nice if one (or all) of the parties could commit to making an effort to resolve this issue…your local MP could be an excellent place to start! 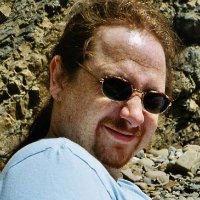