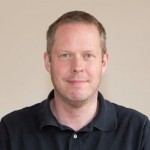 Perhaps the most defining feature of government internet policy – and this means pretty much all governments around the world, and particularly the last two governments here in the UK – is its incompetence. It has also been largely pretty illiberal, but for the current government at least that should be no surprise because illiberalism has characterised almost all its policies.

There are two immediate questions to ask about that incompetence: why does it happen, and how can it be avoided?

That, then, leads to the answer to the second – and to the policy that I would suggest to whatever government comes into power in May. The government needs better advice – and very different advisers. A panel of advisers should be put together, drawing not on the usual suspects – the PR people of the ‘copyright lobby’, the heads of the intelligence services, the pressure groups of the ‘family’ lobby – but on people with real knowledge and understanding of both the internet and the community that spend time there. There is a huge amount of expertise out there, if only the government were willing to consult them.

The panel of advisers should be consulted at the earliest stage, not consulted about a policy after the policy has, effectively, already been decided upon. All too often over the last few years particularly, the wrong decisions have been made for the wrong reasons behind closed doors, before the people who really understand the issues, the technology and the potential impact of the policies have a chance to explain just why they’re misguided and won’t work.

Of course accessing this kind of expertise would require a step of humility that seems beyond most politicians. They would need to be honest enough to say ‘we don’t know’ and to ask for help. If they are brave enough to do so, they could actually get something done, which surely must be a goal for most politicians.

Paul Bernal is a lecturer in IT, IP and Media Law at the UEA Law School, the author of Internet Privacy Rights (published by CUP in 2014), tweets as @paulbernalUK, and spends a lot of time blogging about the internet, law, privacy and politics. His blog can be found here. He would be a good adviser for next government internet policy.