Today is the day that brings changes to the way telephone calls are charged for 084, 087, 09 and 118 numbers. The Ofcom new UK Calling rules are the latest initiative from the UK regulator that claims to make the cost of calling these numbers clear for everyone.

However, looking over the website ukcalling.info, it doesn’t actually say what the cost of calling an 0845 number is on the new scheme. Their own calculator on the ‘Cost of Calling’ page is no use either. Enter ‘0845’ and it says “Calls are typically charged at between 1p and 12p per minute depending on the time of day for landline customers, plus a call set-up fee. Calls from mobile phones generally cost between 5p and 40p per minute.”

Doesn’t seem clear to me? What is the cost? Tell me the money!

The new charging structure is as follows. There is an access charge and a service charge that together make the overall call charge. The access charge is what your provider charges you and the service charge is the portion that goes to the service provider. Add the two together and I get the call rate. Makes sense to the telephone geeks, me included. I like maths but at least I have the sense to know that most people don’t.

To be fair to Ofcom, this works best with telephone voting on TV. You will now see a message that says something like vote for Dan, “Calls cost 20p per minute plus your phone company’s access charge.”

This should be clearer if you can remember the access charge for you provider!

You can probably tell from the tone of this article that I am not supportive of this initiative. I have often joked that Ofcom has no powers to fix the problems in the market unless it is related to TV voting and then they come up with this UK Calling nonsense that seems to be focussed on TV voting!

The more I look at Ofcom’s project, the less I am sure of what it is trying to achieve. Fact, non geographic numbers are confusing, no one knows how much it costs to call them, even me with my power for numbers. Fact, mobile providers charge ridiculous rates for calling these numbers.

So Ofcom must have some goals?  Goal, simplify the whole system so that more people understand the costs of calling non geographic numbers. Goal, try to ensure mobile and other telecom providers reduce their rates to the caller.

So let’s look at the first goal. Simplification.

When I speak to customers and they ask me the cost of something, they always want a straight answer or at least something that makes sense in English. Up until now I have been able to answer the question, how much does it cost us to call 0845, 0870 and 0871 from our  service? The answer was 3p and 1p and 11p. Pretty straightforward. Now the answer is that we charge an access charge of 3p, plus the service charge for that number. My answer now doesn’t tell you the actual cost to call. The answer to that question is an now unknown and possibly different for every number you may dial. If I was speaking to the customer I would probably now say, ‘well we charge 3p per minute plus whatever you will get stung for by the service charge but I am with you on this one regarding the costs, who knows, it’s a lottery mate’.

Doesn’t sound simpler to me.

So what about reducing costs. In the past Mobile providers have managed to charge huge amounts for calling 08 numbers. But guess what, this UK Calling thing hasn’t sorted this. Mobile access charges are still high. A text regarding the change from my provider Three managed to include a hidden message to Ofcom.

One second though. 0800 and 0808 numbers are now free to call on mobiles. Yes, this is indeed the greatest thing go come out of the whole initiative. Except, sorry Ofcom, no credit or pat on the back for this. You are just finally fixing something you should have stamped down on the day the mobile providers started charging for something that was meant to be free anyway. Dense question of the week for you. Freephone, how much is that to call? Anyone? Anyone?

Another reason the cost of calling has also gone up, is because Ofcom has let service providers set their own pricing for their number ranges. 0870 which were cheaper to call thanks to Ofcom’s previous initiative are now up by 10p per minute and 0845 service charges seem to be several pence per minute higher now from the providers I have checked. And why not? It’s a good time for service providers to take the opportunity to make increases hidden amongst the other changes.

So Ofcom have neither simplified nor reduced costs to the consumer with this new initiative!

The painful outcome of all this is. It has increased the cost of calling these number to the end user. Ofcom has allowed service providers to set their own prices on 0845, 0870 and 0871 and therefore fragmented the number ranges to make it impossible to answer the question, how much does it cost to call an 0845. Ofcom has forced providers to waste hours changing systems and communicating this to customers for no tangible benefit.

But wait, there might be one really positive and hidden message from all of this.
“Service providers, ditch your expensive 084 and 087 numbers and get an 03 number instead. That is if you want anyone to call you.”

See also this post by Simon Woodhead in which he quantifies how much prices will go up as a result of this move by Ofcom. 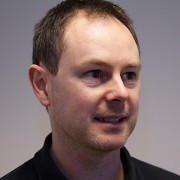 Dan is a founder and CEO of Voxhub, a complete end to end business telephony service designed to replace the 'traditional multi-supplier model of lines, PBX and telecom reseller' with a modern Internet focussed service from a single supplier.

Dan is an Internet veteran starting his working life in 1994 when he co-founded Ovate Ltd, one of the first Internet companies to focus on web application development.

Dan is an active member of the ITSPA council.

One reply on “UK Calling what does Ofcom new ruleset really mean?”

Totally agree with telling companies not to use 084 and 087 numbers, why do they now?