Yesterday Dad and I picked Tom up from the airport. His flight showed up as running 5 minutes late so we took the opportunity to nip to the bottle bank before heading for the airport. Turns out the flight landed 8 minutes early so the lad was there waiting for u when we arrived at Ronaldsway. 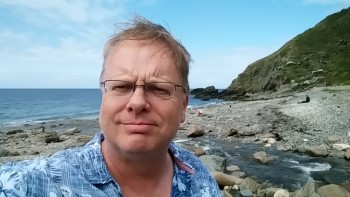 Our My plans for a trip on the Manx Electric Railway and thence up the mountain were stymied by the fact that I had forgotten the roads were closed all day for the Grand Prix. Instead we went for a walk down Gen Maye. Some of us. It’s a beautiful glen with a pebble beach at the end of the walk. Lovely walk. 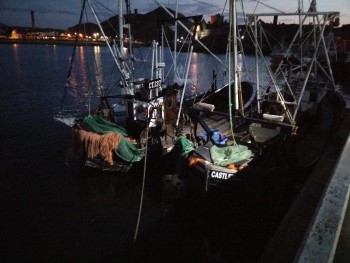 Back to the house in Peel to catch the Ireland v Wales rugby. There are some things that always take priority over holiday activities. We won. Later out to dinner at the Harbour Lights Cafe on the promenade (@harbour_lights). great food. The place was packed. You bring your own wine and there is no corkage. Prior to the meal we had a beer at the Marine, just over the road then afterwards Hannah and I walked around the breakwater before heading back up the hill. 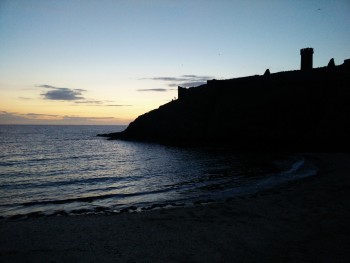 Today it’s the annual Viking Longboat Races. First time we have been here whilst they are on. Exciting. Pics to follow hopefully. Then we have friends Elaine and Peter coming round to dinner. Roast beef with all the trimmings. Not often Dad gets to do a joint as he is on his own.

After today we have one more full day left in the Isle of Man. Back home Thursday evening. It’s been a good couple of weeks. It’ll take me a while to recover I’m sure. I’m in London on Thursday for a lunch and then a LONAP meeeting. Not too onerous a start back to work.