I tend to think long and hard about whether to visit a trade show these days. In our industry the stands all tend to have the same products and the same pitch. It’s difficult to make yourself stand out from the crowd. 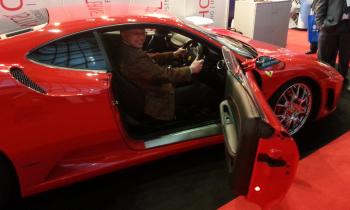 The good thing about this one in Manchester is that it is small enough to be intimate and friendly and because I’ve been in the business a while it’s full of people I know. It is therefore a good place to find stuff out, if I can put it like that.

At this show the organisers, Comms Business magazine, had invested in an audience reaction system. Questions were put up on the screen and you pressed the relevant button on your “clicker” to submit your answer and the aggregated answers for the whole audience were displayed.

We had a bit of fun with this but one specific question stood out for me. That was “Is your company recruiting right now?” 29% of the audience said no they weren’t but a staggering 65% said they were recruiting and a further 5% said they had plans to1. That’s 70% of business in the communications market taking on new staff. 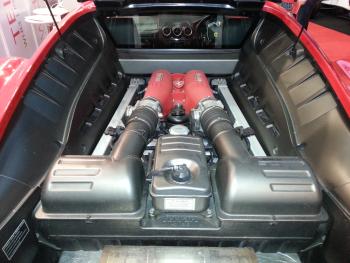 That has to be a good thing. Where is the recession we keep hearing about? It is an extremely tough market out there  but in the technology game there is always opportunity because technology is always changing.

On the technology front you will be interested to hear that only 10% of the audience (of IT and voice reseller types) had deployed Microsoft Lync with voice although a larger 29% had deployed Lync without voice. It’s very difficult to see how well Microsoft are doing in the voice game because all their Enterprise licenses are shipped with Lync so they always quote a very high number of deployments. It’s relevant because the theory goes that Microsoft is after the PBX market and their model doesn’t involve much if any revenue for traditional PBX resellers.

We also heard that although the market for hosted VoIP slowed down last year the SIP trunk sector continues to shoot up with a 25% growth in the second half of 2012. Over half the audience were selling SIP trunks and half said they were selling more SIP than ISDN which I believe may well be the case at Timico now. Those that don’t sell SIP need to take a hard look in the mirror. There is going to come a time where ISDN isn’t around. 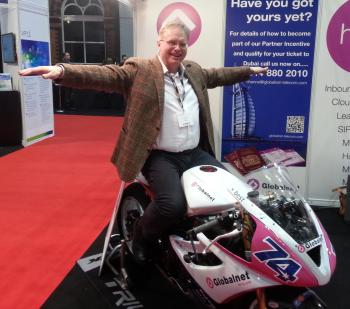 Note in bandying these acronyms around I’m assuming that you know what I’m talking about. I’m not about to give a tutorial on what they all mean.

The inset photos are all of me playing with the different attractions that companies were using to get people to their stands. I have to say I don’t think I’ll be buying a Ferrari anyday soon. There is no room in them and the seat won’t go down low enough for me to be able to see out properly. I wouldn’t mind a motorbike. I like the image. I’m obviously a natural – look no hands. Unfortunately I think they’re far too dangerous:)

As a little footnote I was there with our wholesale subsidiary NewNet who are a great bunch of guys and I think picked up some nice leads from the show.

You have been selected out of 100 executives you will also have a No Obligation opportunity to speak with an industry expert to discuss any questions or possible solutions that can help your organisation to maximise your Infrastructure Management.

Like most of you I get more than my fair share of “legitimate” junk email. I occasionally spend a few minutes unsubscribing from lists but I know it is a futile task. My name is out there. I am a marked man.

It is usually easy to spot true spam should it make it past the trap. This one however is one of the legitimate junk mails that looks like genuine spam.

The text has been lifted verbatim including grammatical errors. How can a business hope to win customers if this is how it speaks to prospects. No name – just Hello. No Obligation opportunity to speak with an industry expert! No unsubscribe link. I wonder how they chose my name out of the 100 executives. Must have been a chance in a hundred.

I allude to the double glazing industry in the title but I suspect I am being most unfair to the hard working folk in that market sector. I don’t even know why I bothered to write this post but it tickled my fancy and it has given me a break from writing some really interesting stuff on SIP trunks. I have remove the links to protect the innocent.

PS for a No Obligation opportunity to talk about SIP trunks go to the Timico business website – there is a chat line there. Tell em I sent ya 🙂