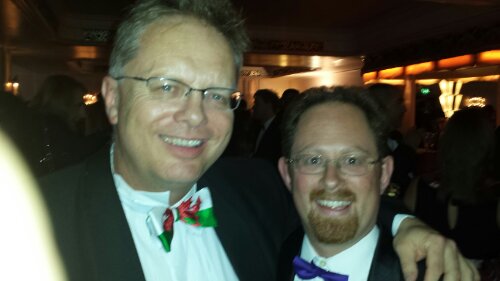 Last night at the annual ISPA Awards, Julian Huppert MP (with me in photo) was crowned Internet Hero. Julian has done a fantastic job putting across common sense arguments in debates that affect the internet industry. Notably he was a voice of reason in the noise surrounding the Draft Communications Data Bill (snooper’s charter) that was killed off by Deputy PM & Lib Dem leader Nick Clegg. Julian also spoke out against the Digital Economy Act that was outrageously introduced in the dying days of the last Labour government.

The internet villain award went to Turkish PM Recep Erdogan. He didn’t respond to an invitation to attend the awards but I guess he was probably busy on the night. RE is amongst other things a big fan of surveillance and internet filtering. The Turkish Embassy was unavailable for comment. We should pop round sometime and drop off the award which will look really good in their Embassy reception. I presume they have a glass case for these things.