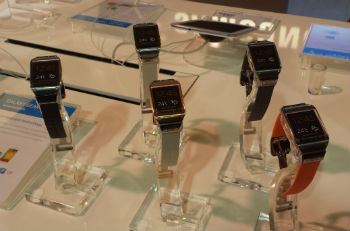 Microsoft are staffing PC World stores to assist in the selling of Microsoft products in the run up to Christmas.

I’ve noticed that occasionally an update appears in my LinkedIn timeline saying that someone or other is now  a Microsoft Ambassador. Students usually. On Sunday I was stood at the Samsung section of PC World looking at tablets and a sales assistant came up to me asking if I needed help. She was wearing a Microsoft polo shirt and turns out was actually employed by them as an Ambassador.

Had a chat with her and shared my experiences with Windows 8 PCs (I reverted to Windows 7 and then subsequently to the Chromebook) and Windows Phone on the Nokia Lumia 920. Her take was that most people are still looking for standard types of PC. Although personally I am writing off Microsoft (I expect it to take 20 years) they are certainly coming out fighting. I saw two Microsoft Ambassadors instore.

It looks like the merchandising from the big consumer players is hotting up in the run up to Christmas. It’s amazing how many tablets and different varieties of laptops are on show. Just based on PC World you would think that the whole tech world was based around Microsoft, Samsung and Apple.

Although Chromebooks are uber cheap it seems obvious to me that the reason for this is partly the need to differentiate. The small solid state hard drive helps with this. On one pod PCW had three Chromebooks on show including the HP version I thought had been recalled due to power supply problems.

I left PCWorld with wallet weighing the same. No additional receipts to bulk it out (it’s never cash!). Might well buy a tab or two though – just to leave lying around the house. Handy.

Pic is 5 Galaxy Gears – say that ten times quickly 🙂 Looked a bit plasticky to me.