Who among the teeming throng hasn’t at some point or another had the thought, “Instant Messaging sure is a marvelous thing…no idea what I’d do without it…but really, by this point shouldn’t I be able to seamlessly carry on an IM conversation via Yahoo! Messenger with a contact using Google Talk? Or AOL AIM? Skype? And vice-versa? And do I really need to subscribe to all of these services – and lest I forget to mention Windows Live Messenger, Facebook Chat, Twitter, and so many others — to ensure real-time IM reachability?”

Yes, that is one large mouthful of a thought, but it should be easy enough to chew and swallow.

Numerous times over the past 15+ years the effort has been made to establish a unified standard for Internet-based instant messaging, and all of these efforts have thus far come to naught. Entrenched proprietary protocols die hard, after all, and with such integrated services as IP telephony, video conferencing, desktop sharing, and file transfer thrown into the IM provider mix (to name but a few) the potential for absolute and utter world communication dominance is such that no one major player is ever likely to champion a true standardization. No, “the greater good” will never be enough of a reason to hasten such a sea change. Instead, it will require either (1) a scenario in which instigating such a protocol will benefit all parties, (2) an irresistible push/pull prompted by a powerful outside party (government?), or (3) good old-fashioned fish-eat-smaller-fish empire building. 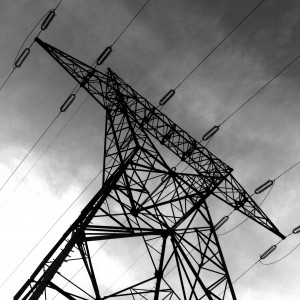 Now to be fair, there is some light in the sky these days regarding inter-network IM capability. For instance, with Yahoo Messenger you can add and communicate with contacts using Windows Live™ Messenger, and you can add your AOL AIM contacts into Google Talk. Such functionalities, however, are the result of agreements reached between the networks, agreements in which a bridging of two (or more) proprietary protocols has been put in place not to open communication up but to simply extend one IM provider’s boundaries to include those within another’s.

For longer than I am willing to acknowledge (because to do so would be to accept that I am closer to 50 than I am to 40, let alone 30) I have employed an IM multiprotocol application for the purpose of harnessing my instant messaging communication and confining it to a single window. Trillian was the first one I put to work back in 2002, and having dealt for years with an environment that had grown to include individual client applications for MSN, Yahoo!, AOL AIM, and ICQ, I was thrilled at last to see all of my IM contacts (Did we really once call them Buddies?) emerge in a single long list. It wasn’t long after, though, that I found myself thinking about inter-networking IM, and twelve years later (yes, TWELVE!) I find I am still thinking about it. Because what if I want to have a multi-person chat involving contacts across different platforms?

Today if you sidle your head up to the Internet you can hear rumblings of the creeping obsolescence of computer-based Instant Messaging, that Mobile is now everything. I glance at my phone and wonder who I am to say otherwise? I also wonder how long it will be until I can have a multi-person chat with my friends, some using Kakao Talk, others on WhatsApp, WeChat, iMessages, LINE, Viber, ChatON…

One reply on “A Chatty Kory”

Yes I think technology history is repeating itself, only thing that has changed is the form factor.