The netwaves have been humming for about a week with the news that Google would finally open up their Glass Explorer Program to the general public, albiet for one day only — today, 15-April — and only for the suckers…er, buying public who can claim to be a “US resident” (though not in a legal sense as a US-bound means of payment — credit card, PayPal account, or a friend with such willing to front the dough — and a US mailing address that can receive a package likely has what it takes to get in). Now “open up” may be something of a misnomer, as just a cursory glance at the fine print of it all reveals that Google is “opening up some spots” and that “spots are limited”, even if the email I received this past Saturday from the company served up as its Subject: Heads Up — You Can Purchase Glass on Tuesday.

The Glass Explorer bundle’s WTF! $1500 + tax* pricetag will no doubt go somewhat far in keeping out the mere curiosity seeker, but those with a little bit of pocket who still feel as though they are on the outside of Google Glass looking in no doubt felt the tingle (not to mention the heart-flutter) when the How To Get One link went live at 9:00AM EST today. I know I…didn’t.

The hype machine began cranking over Google Glass about a year ago — Believe it! — and I remember well how quickly it swept its way into every corner of the Internet… 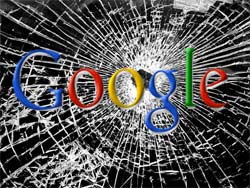 What is it?…this is what it is…this is what it does…I caught that Glass demo video and I won’t feel whole again until I have direct-walk-around-literally-in-my-face access to the Internet…I know someone who has it…a friend of mine let me wear theirs…that article on Google Glass knocking down the last vestiges of privacy rattled me but good…can you imagine being in a public restroom and having someone wearing Google Glass walk in?…the world will never be the same!

…Google Glass got the antennae of the common plugged-into-Internet human vibrating like few tech-y devices before (portable CD players back in the late 80s come to mind, and — of course — the first iPhone), and not surprisingly when it did start to make its way into the wild the posturing began. Social media profile pictures changed, to best illustrate the new Stars-upon-Thars status of those lucky few with an ‘in’ at Google good enough to…well, get them in, and conversations with the blessed that didn’t contain numerous and constant references to the new on-face ticky-tack became as common as a truly great television program airing in prime time on a Saturday night. Google Glass. It was all the talk, it was all the rage, it was on the “Want” list of anyone and everyone able to spell ‘WWW’…

…and then it wasn’t.

Somewhere since rising up to become the latest end-all-and-be-all-must-have tech Google Glass has come to be regarded as something of a niche product at best. Just another rich person’s toy. Instead of the excited buzz last week’s first whisper of today’s Google Glass promotion might’ve been expected to raise, instead there was something of a collective pause and then…”Huh.” And then when that first email from Google dropped on Saturday trumpeting the details of availability and application (and there have been two since, including one received within the past hour) and generated nary a raised eyebrow on my part or on the part of a single person I know and interact with on any basis whatsoever…well, it was at that point that I knew that the illusion that Google Glass would change the world had been (don’t write “broken”, Kory, or “shattered” or “smashed to pieces”…just don’t do it…don’t…) kicked to the curb.

*For those of you who have never paid for anything stateside, the “+ tax” part means that the actual out-of-pocket cost to be a Glass Explorer is closer to $1700, depending on which US state your US mailing address is in.

4 replies on “Google Can Kiss My Glass”

I must be missing something, but I simply don’t see what the purpose of Google Glass is. Certainly wouldn’t want a pair even if someone gave me them. Have enough problems dealing with all that comes in through my own senses as it is….

A solution looking for a problem that doesn’t exist.

I kind of fancy having one. I don’t wear a watch so glasses would be a viable alternative for a “wearable” tech. Problem is as a specs wearer I am quite fussy about the frames. Also I’d have to pay for expensive prescription lenses on top of the very expensive frame – I’m pretty blind without my specs (wouldn’t have lasted long as a hunter gatherer). The whole shooting match would probably cost me nearer $2,500 and one might reasonably expect Google to bring out a second generation “device” in the not too distant future which could render that a very high price for perhaps only a short time use.

Wouldn’t mind trying it though…

I also am curious to try Google Glass, Tref. Not only because I am forever fascinated by the latest shiny whosiwhatsis, but because I believe that to render a worthy and (perhaps) valuable opinion on anything one absolutely must have the experience and not just a good memory for the reading. What managed to get stuck in my craw about it all is the whole status caché poser IMPORTANT exclusivity sheen Google Glass took on, and I am glad that the current backlash is causing that to dissolve to a good degree.

The pricing of Google Glass remains a huge problem, in my opinion, but like you I expect that a near-future version of the device will be available at a far more reasonable price (say, $250). Really, though, for a company such as Google to introduce and market Chromebooks and Chromecasts at such terrific intended-for-mass-market prices but to go heavy-up on Google Glass (which would seem to be designed to appeal to a far larger market, that being anyone and everyone in the First World with working eyes)…?