It’s been 3 days. I haven’t fallen in love yet. I don’t think it’s going to happen. No, I am not falling in love with this new phone. I thought this would be the one.

A female college roommate once told me, “Men learn to like the women they love, whereas women learn to love the men they like.” The point being that men tend to fall in love first…and fast. They know within moments. I’m a man, so I know this to be true. I will never develop feelings for the technology in my hand.

I am in no danger of turning into the Joaquin Phoenix character in “Her”. I already know that unlike Theodore Twombly I will at no point get sexual gratification from my new device, not even if I suddenly discover a Scarlett Johansson voiceover app.

My friend Amanda. She just started a job at a hip little engineering firm in Austin that is doing some kind of data analysis on franchise business data. She held her previous job — the one she took straight out of college — for 16 years prior, and for that she used to take a considerable amount of ribbing.

I decide to drop in at Amanda’s new office, which is in an old house downtown where 60-year-old dilapidated houses rent for $300 per square foot. It’s in a part of hip-Austin that is only slightly indistinguishable from dilapidated Austin.

The first thing I see on walking into the living room (the lobby) is a huge monitor that serves as a metrics dashboard of some sort, displaying scrum and defect statistics. The display changes to show another app, one that offers a graph of beer consumption in the office over the last month, complete with a projection of when the beer will run out. The beer of reference is housed in an antique refrigerator on the other side of the living room…. er, welcome area that has been retro-fitted with a spigot that serves to turn the entire thing into a huge keg. First thought? This is a LOT more comfortable than my “office” in the corporate cube farm.

Amanda appears, and soon we are driving the 12 blocks to Arro, a trendy little French restaurant I’ve wanted to try. We sit at the bar, and I begin the conversation, saying “Thanks, I wanted your advice – actually your reassurance about something.” I then proceed to tell Amanda about my having given notice at work, and how I’m unsure about whether to take a leave of absence or just quit. We also talk about her new job, and how refreshing she is finding it to work with smart people who don’t get hung up on egos, and who just focus on the solution.

I work with smart people, and not a lot of ego is involved, but — Jeez! — it sure does seem like we sometimes talk more about the problem than on moving forward with a solution. Which is all perfectly natural, of course, as we’re dealing with complex decisions that will very likely chart the course of our R&D for the next 3 years.

I tell Amanda that I feel engaged at work as it is a challenge that interests me, but that it can be a little tiring. I tell her that I feel like I am really building certain muscles at negotiating complex technology roadmaps with diverse stakeholders, blah, blah, blah. She’s bored. She’s heard the story before. She says, “You can only learn so much from studying failure.”

“What you resist persists.”

I got clarity on this very point at that meditation retreat I attended a few weeks ago. I recall this fundamental aspect of metaphysics: “Where the focus goes, the energy flows.”

The waitress interrupts to ask us what we think of the drinks. 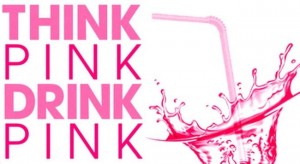 The waitress and Amanda have achieved some kind of instant rapport over this cocktail — drink’s name escapes me, something a tad silly and post-trendy no doubt — and are now smiling lovingly at each other. The waitress continues, “It’s pink, strong, and delicious.”, and cocks an eyebrow at me for confirmation.

I smile. “Yeah….” — my mind is looking for something clever to say — “… that’s how we describe Amanda! Pink. Strong. Delicious.”

I wonder whether I have gone too far too fast. Next I wonder if the gin could be compromising my brain’s filtering mechanism. I need not have worried. Instant laughter. Rapport intact. I order another gin.

Moving on, Amanda and I start moving through this week’s geekly hot topic…

“Oh yeah, Heartbleed,” one of us mentions, “What the hell is that all about?” Without much to offer on that subject (yet) the Heartbleed conversation dies quickly. Our shared mood is far too good to start talking about OpenSSL and the imminent collapse of the internet.

We go back to talking about job, and job search, and job philosophy. Amanda is on a roll. We are getting happier and happier, and the things she says seem to be wiser and wiser.

Amanda quotes her boyfriend (a venture capitalist), offering: “If you want money, ask for advice. If you want advice, ask for money.”

I then get the bright idea to record some of these thoughts into my new phone, which will transcribe what I say into a note. Sitting at the table in the bar, I ask Siri to record a note and wait for the transcription.

Great. I captured Amanda shouting “Hamster nipple!” into the phone, and nothing else of use. There’s too much background noise in the bar. I resolve to try again later.

Bed time. I remember the ideas I want to record into my new phone, which I believe is capable of transcribing what I say into a note. First step? Open the Notes app. Ah hah, an icon for a microphone. No mistaking that. Perfect. I press it. Nothing. I press it again.

I fiddle, I faddle, and then I am cursing at my phone, “What the hell?! Why does this app even have a mic icon? This is exactly the sort of app where one would want to have transcription ability. Argh!” I put the phone on the nightstand, face down. I’m done with it…for today, anyway. It will be the first thing I hear tomorrow, though, when its alarm goes off. As I close my eyes I soften into a moment of gratefulness knowing that I can depend on the darn thing to sound me awake in the morning.

Drifting into a state of half-sleep, I think about how my new phone is better than the old phone, but it isn’t something to which I will grow attached. I do like it, but it isn’t and never will be pink, strong, and delicious.