Was heading to London for a meeting with Telehouse in Docklands and had to change trains at Newark Northgate. The jackpot came up. These in the siding stood the Union of South Africa steam train in tandem with the  LNER class K4 Great Marquess. Magnificent.

The train had apparently stopped to take on water. Amazing how people know about these things because there were a number of trainspotting enthusiasts on the platform. When I arrived it had apparently already been there an hour having pulled in to take on water – there was a tender in attendance a little further on down the track. They obviously don’t have the trackside water towers any more.

It’s amazing how people find out these things. The enthusiasts were still clicking away after the hour. Presumably had big memory cards in their cameras. There was also a bloke in a suit taking photos with his iPad. Presumably was an actual rail traveller like me (though unlike me not dressed in tshirt and shorts).

Always bemused when I see fold taking pictures with iPads. Usually Chinese tourists outside the British Museum. Not the most convenient form factor.

For those of you who don’t know the Union of South Africa was the last steam engine to leave Kings Cross Station on a scheduled commercial passenger run. The A4 Pacifics, designed by Sir Nigel Gresley were the fastest steam engines ever built and include the world steam speed record holder the Mallard.

I don’t mind admitting I like steam trains and have a layout, now rarely used, in the attic which includes a Hornby 00 gauge model of the Union of South Africa, a train that I have also had the privilege to ride on on a day excursion to Scarborough (fair play).

Note the overhead electric cables in the photos – seem somehow out of place. 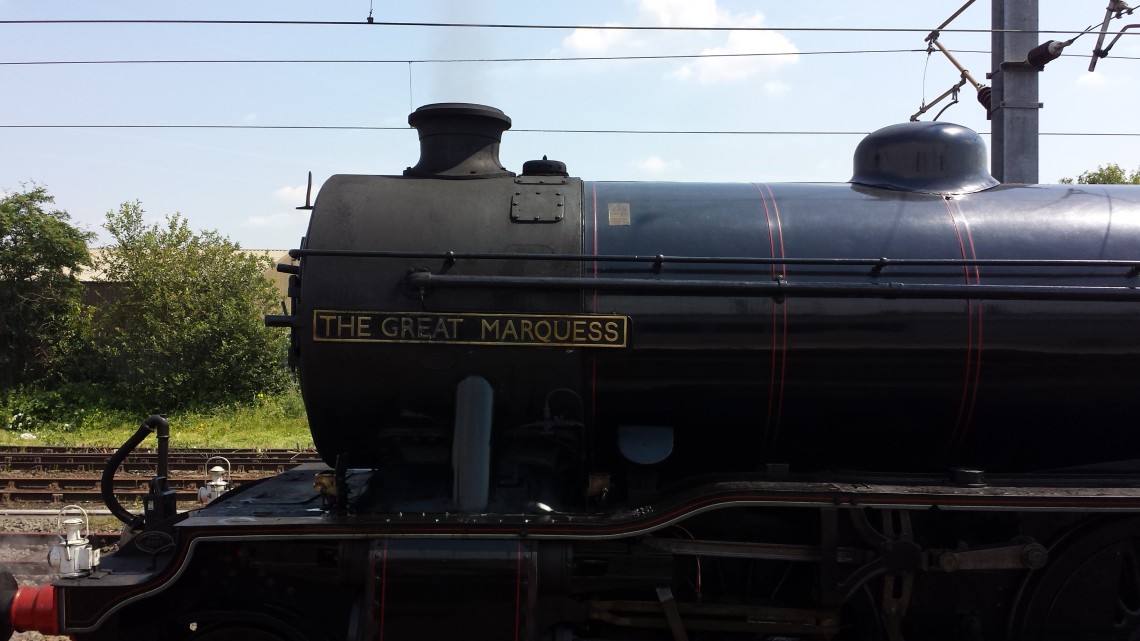 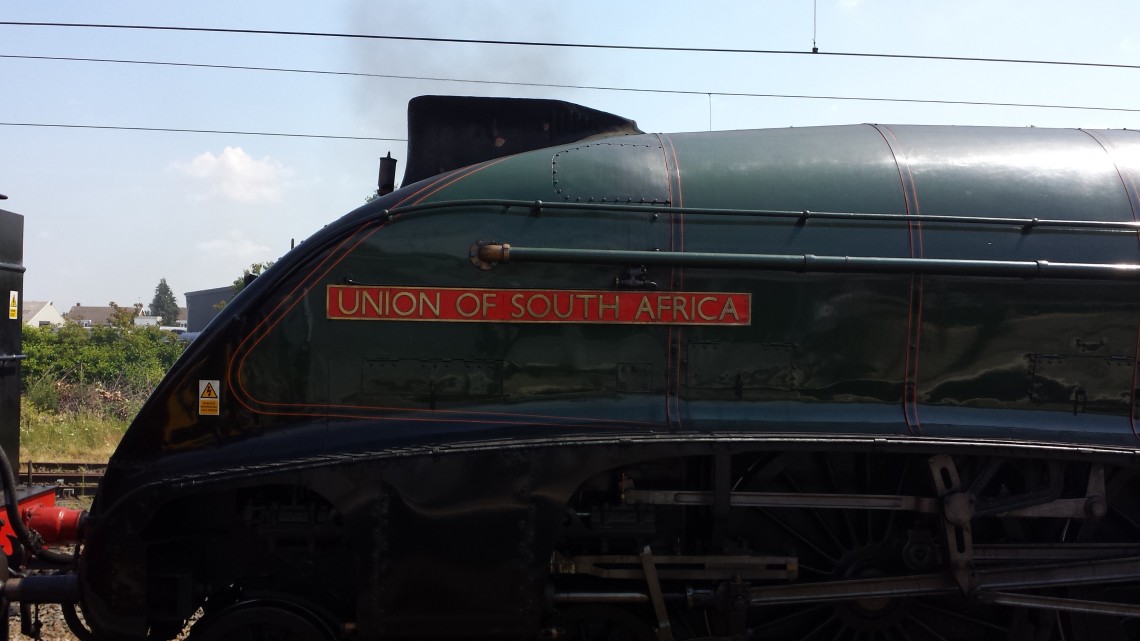 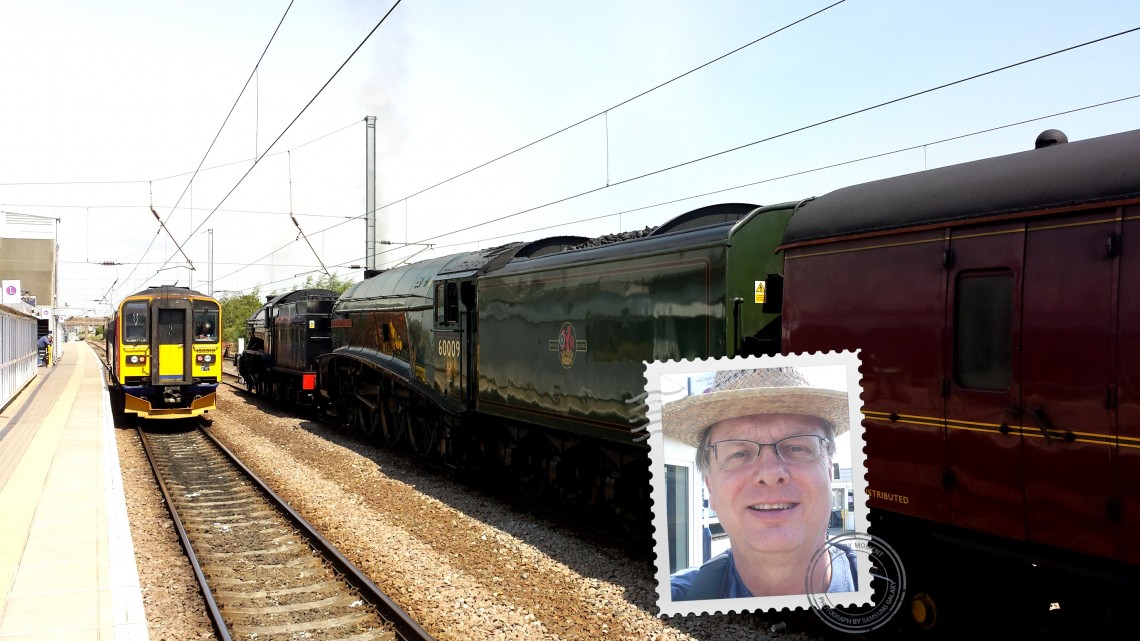