I found out about 5am this morning via Twitter (under the bedsheets!). Between 5am and the time I got up, around 7.30ish is was being retweeted by all and sundry and Rory CJ was talking about it on the BBC Radio4 Today programme.

By the time I left for work I felt it was old news and had already been done to death. The line of discussion was “Will Stephen Elop be the next Microsoft CEO?” Tbh that isn’t really news and the BBC was certainly unable to do any more than anyone else which was just pure speculation.

Whether Microsoft makes a go of the handset business is neither here nor there in my mind. I’m not really bothered. I’d say it will take them years to catch up with Apple and Samsung/Google if  they can do it at all.

What I think is worth a moment of reflection is the passing of Nokia as a mobile handset vendor. The brand must now inevitably fade away. In my business life I have had very few different vendors’ models of mobile phone (though that is starting to change with what feels to be an unsustainable pace of new product intros) and for most of that time my phone was a Nokia.

Nokia represented quality and had the best User Interface.  Although  I still own a Nokia, a Lumia 920 handset it is very much my secondary phone. I don’t like the UI or the weight of it. I only got it to try out Windows8. The last Nokia phone I can claim to have been happy with was the N97, a while ago now, it seems.

There are always examples around of major multinational companies with big market leads that fail to move with the times. Microsoft is in one of those periods now of trying to reinvent itself. It isn’t there yet.

In the meantime Nokia has failed to keep up and is now going through the mobile phone equivalent of the death roll. Stand back and watch from a safe distance.  RIP the Nokia mobile phone. 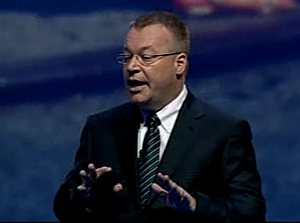