Wi-Spy is an impressive gadget used by our Tech Support team when they troubleshoot a customer’s network. Wireless Local Area Networks are often to blame if someone is experiencing slow internet access. Hotspots operate as a hub which means they can easily get congested if they have too many users.

It is easy for a corporate WLAN  to get ” bunged up” . Not only do you have to be careful how you implement your wireless Access Points but there are many other devices and technologies that use the same frequencies that can be a source of noise. Bluetooth handsets and microwave ovens are classic culprits.

The picture below shows the profile of a customer’s WLAN when analysed using Wi-Spy. Each “bubble” on the middle  row represents a separate WLAN Access Point. It is easily possible to spot sources of interference. In this particular case we found two WLAN Access Points using the same channel, in this case channel 1 though you can’t see that from the picture.

What Wi-Spy was able to do for us is to lead us to the overlapping hotspots so that we could identify the cause of the problem and rectify it. 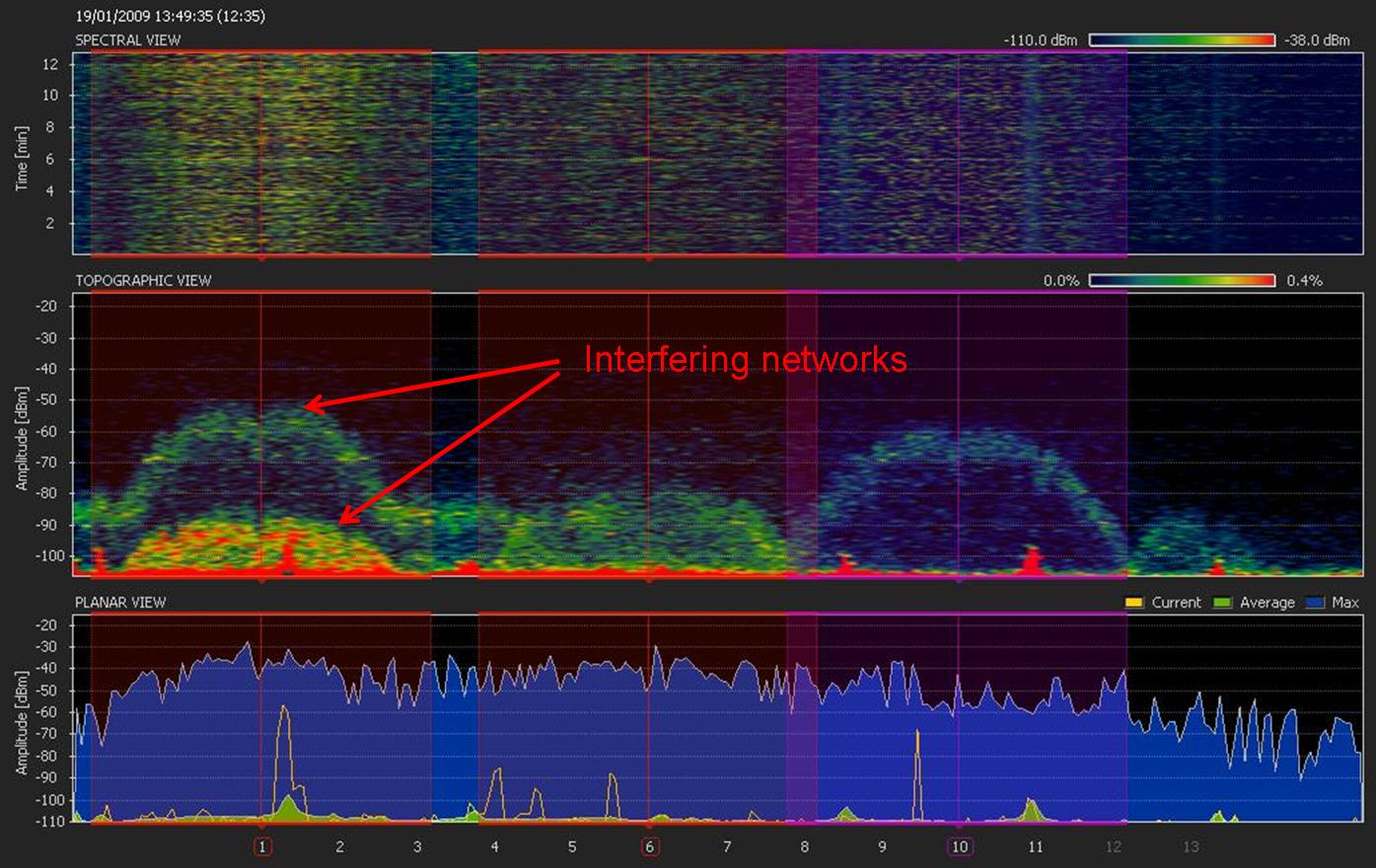 Although this blog does not set out to advertise any specific vendor or product I am more than happy to provide credit where it is due and in this case endorse it’s manufacturers Metageek.

Quick tutorial – a hub shares its bandwidth between all users. This means that traffic coming from one PC and bound for a specific destination such as the internet can bump into, or “collide” with traffic from other PCs on the same network. This slows a network down because the traffic, having bumped into other traffic, has to be resent.

This contrasts with the average wired LAN which is switched – a switch does not share its bandwidth between users. Users each get the full amount available and do not usually see the same congestion unless they themselves are trying to send more data across a network than the network can support.