Which header photo do you prefer? This one 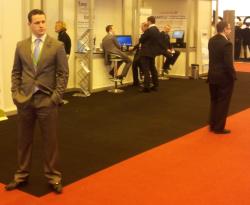 court. I was there with Murco IT Director Umar Bajwa to talk about the 3G fail over they use in their petrol stations. Had a few interesting enquiries as a result so worth doing. We also had some media interviews so if you are a regular reader of the retail verticals look out for it.

After our talk I wandered around the exhibition to check out developments in the retail world. The first thing that struck me was there were a number of exhibitors offering “cloud services”. I realise that Timico offers “cloud 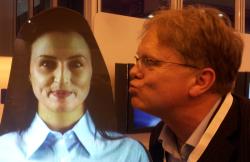 services” but at the show we were pitching 3g mobile fail overs for huge operational efficiencies. I have decided henceforth to ban the use of the term cloud on this blog and will be recategorising some posts when I get a chance.

It’s amazing how many boring exhibition stands there were. These in turn lead to desperately boring people standing round being desperately bored. Take  a look at the first small photo. The bored looking bloke stood around not talking to anyone 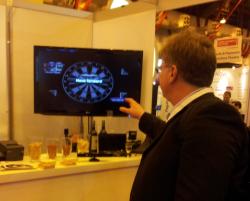 just asked me “how I was doing today” as I walked past. I think I probably muttered something in reply, kept my head down and scuttled straight past.

Although there were a few unimaginative stands, in keeping with the retail nature of the show there were also a lot of interesting stand-out attractions. The attractive girl looking excited at the prospect of me kissing her is actually a back lit 2 dimensional mannequin. She caught my attention and drew me in. Also the Kinnect darts game made me stop at the stand – though I can’t for the life of me remember who the company 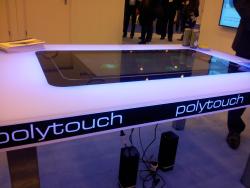 was or what they were selling  (sorry).

The table in the next photo was pretty interesting. It had an interactive touch screen which you used to select ingredients for a cocktail. Once the choices were made it offered you a range of drinks that could be made  using those ingredients and printed off a chit for you to take to the bar to buy the cocktail. Pretty cool I thought but at £38k an idea requiring a pretty cool business case to justify the expense.

As regards my initial question re the headers, I prefer the one with the beer in it. This is more down to the liveliness of the stand but also it is really clutching at straws to think that a row of mints is going to attract people. The stand itself was very nice, I’m sure, but didn’t reach out, grab my sleeve and pull me in. Coincidentally the same company’s leaflets had been distributed freely around the sinks in the Gents toilet. What can they have been thinking of?!

As you will have realised what started out with the best intentions of being a post on retail technology has ended up as an analysis of what makes a company stand out from the crowd. In today’s marketplace you can’t afford to me “just another left handed widget vendor”. Your left handed widget needs to shout out “come and buy me – your search for the ideal widget is over”. The show seems to have been a success from the Timico perspective. We made some noise about our Mobile Access Management solutions, got some potentially great new enquiries and used the opportunity to meet some customers old and new.

I’ll leave you with some more photos from the exhibition. Some have artistic value and some just illustrate how to wind down at the end of a hectic day at a trade show. Anyone care to guess the name of the cocktail being poured by the barman (not at Earl’s Court). Also where were we? 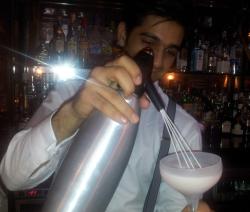 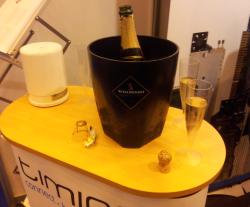 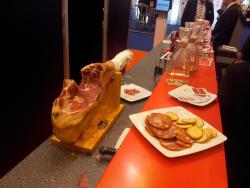 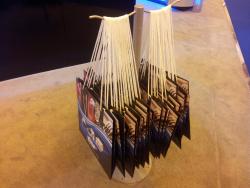 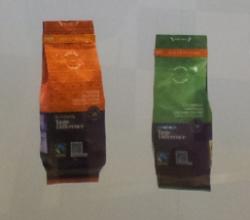 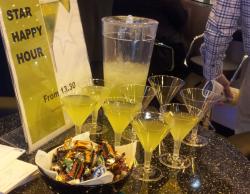 Every stand should have Parma ham, that looks tasty, nom nom nom.

The cocktail btw was an 1873 from http://www.thegilbertscott.co.uk/bar/cocktails/