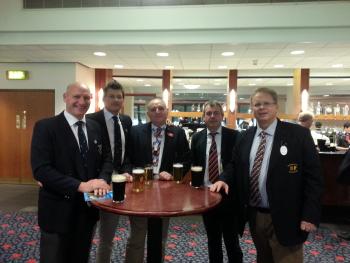 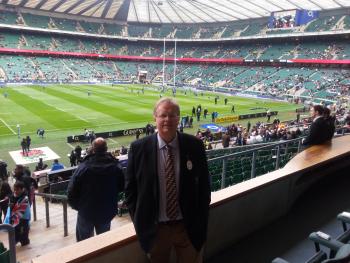 This was no staged death of the line fluffed comedian, booed off by an unforgiving crowd or the fate of the failed gladiatorial actor staring up at the inverted thumbs of angry Roman citizenry in a modern Coliseum.

Alex was playing rugby for the Commons and Lords at Twickenham. He died that day. Kaput. His heart stopped, it beat no more, the blood of his life had run its course. This was the ultimate act of finality.

Had Alex been playing anywhere else that 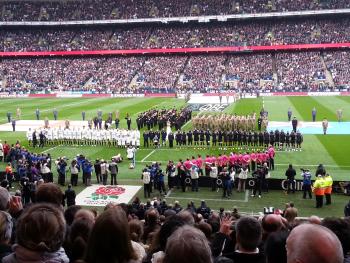 would normally have been it, his memory consigned to legend, an anecdote on the rugby tour of life. Fortunately this was Twickenham, HQ, and home not only of English rugby but of the equipment that could restart Alex’s heart.  Restart his life. The fact that there were two doctors at the pitch-side watching the match was an added bonus.

So on Saturday we celebrated Alex’s first birthday, the second time around. Alex is a council member at the RFU and very generously invited some of his mates down from Lincoln to watch the England v Fiji Autumn international. We got the works, great 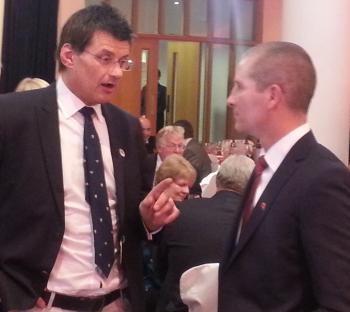 seats, access to the very exclusive members bar and the post-match players dinner.

Because I know that some of you will want to see what it’s like at Twickenham I have selected a few photos plus a video that I had forgotten I took.

The video has 5 people in it. There is a prize if you can guess all of their names. I‘ll help out by telling you that three of them are Paul Clarke, Craig Miller and Huw Edwards.

There is also a vid of the song sung by the Fiji rugby team to entertain us after the dinner. The quality ain’t great but it is worth putting up because of its historic nature.

Dead men naked they shall be one with the man in the wind and the west moon. Alex Murphy is dead. Long live Alex Murphy. 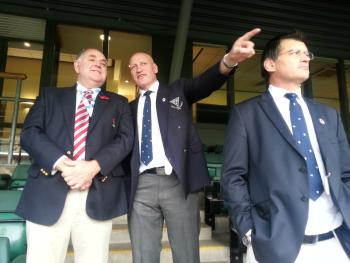 I don’t think it was Richard Hill though they look similar. I will however check my facts.

If that isn’t Richard Hill then whoever he is has a job for life on the ‘Celebrity Lookalike Circuit’.

I checked. It is Richard hill. The mug is yours 🙂

Ralph
I think you may already have won a mug once. If you want me to find something else let me know and also resend me your address.
atb
tref