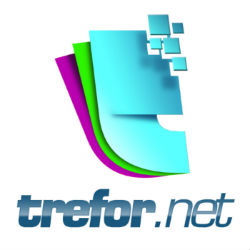 Shortly after I’d arrived back from Lisbon and hooked up to WiFi not only had a hundred and seventy photos and vids already been uploaded to Google+ but also to my own ReadyNAS box at home. V reassuring.

Everyone should have one. My sisters, with who (m?) I went away for the weekend, don’t. One has been carrying photos around on her camera since last summer, meaning to “download” them. She has a huge SD Card which can store seemingly an infinite number of pics but that is bye the bye.

The other sister has no strategy whatsoever. The pics remain on her iPhone and she occasionally sticks one on Facebook. There must be millions of people out there in this situation. The second sister has a Virgin email address and her own domain wot I got her. The notion of using a third account, eg Gmail/Google+ that would provide her with at least the basic backup she needs just hurt her brain, and she is a highly intelligent (natch) individual.

I suspect her kids have it sorted. Half the problem is that she, as a busy mother/taxi/etc doesn’t have the time to look at the issue.

Anyway, as I said, my pics are now backed up. Good oh.