This morning I went to meet @natmorris at Cloud Expo at ExCel. More of what he is up to anon but a few things struck me about the exhibition.

First of all “cloud” has become seriously mainstream. It must have if three Chelsea Pensioners thought it worth a trip. Unless they thought they were going to something else? “Might as well take a look now that were ‘ere Albert”. 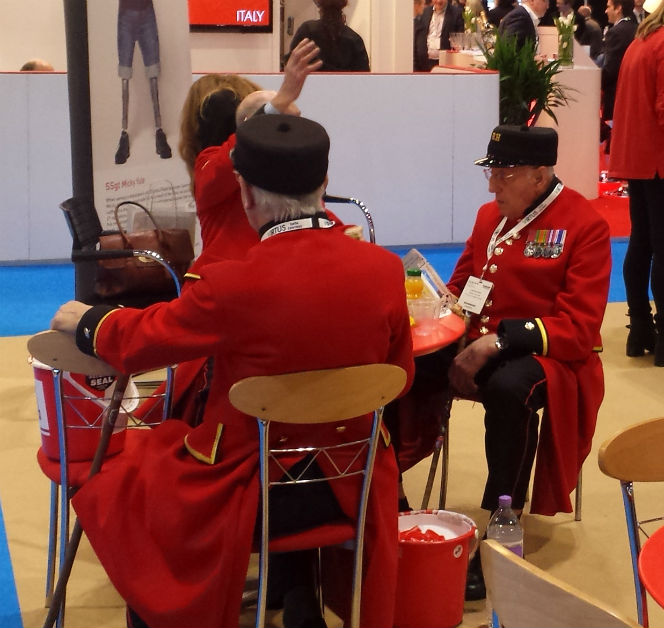 Secondly I was amazed by the number of sponsors. This is big business. The one thing about cloud is scale. If you are in the game you are buying lots of kit – hardware and software. People are throwing money at it. I came away with a handful of USB memory sticks (not checked size yet ;). Some sponsorship sales people are making a killing this year… gazes back to see recession disappearing into the distance. It’s sometimes difficult to see the wood from the trees at these events. So many stands selling similar stuff. Some did seem busier than others though. There were a few booths with people sat around twiddling their thumbs. They won’t be there next year. May not even be in business I guess.

I passed a seminar “room”. These places are very open and in my experience difficult for a speaker to properly engage with the audience. Also it can be very hard work for the speakers who sometimes don’t have many people in the audience, and some of them have probably just wandered in for somewhere to sit for a while. Pic below is an example. No idea who is speaking. Sounded like a colonial. 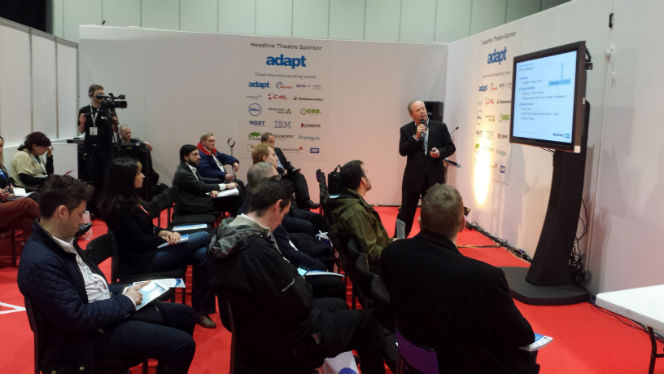 So that’s Cloud Expo. I went so you didn’t have to:) I’m home now. Need an early night after last night’s exertions.

I was a VIP SVP btw. Service Provider VIP I think fwiw. Managed to avoid having my badge scanned. Stay away spammers – crosses arms to fend off evil spirits.