There is something poignant about a 60 year old getting a lego birthday cake.

Kid3 plays the trumpet and each year since he was around 13 he has  been asked to blow the last post at Remembrance Day services. There is something hugely poignant about a boy playing the Last Post. The new generation paying their respects to the people who died to make his life possible.

At the other end of the spectrum it seems quite appropriate that a bloke celebrating his 60th birthday does so with a lego birthday cake. As you can see from the featured picture the candles were made of lego.

The lego candles were very artistic. When lit the candle wax ran down the side of white icing on the cake, as if the cake was bleeding bringing further poignancy to the evening.

Didn’t last long. Soon the cake was destroyed, consumed, rendered into oblivion with only the fleetest of memories lingering after what was an entirely adult evening in the West Wend Tap. Quite fortunately, pixel technology has allowed us to hold on to the vision.

I personally rarely get a birthday cake let alone a lego birthday cake. Mrs Davies is trying to get me slimmer. I have to satisfy myself with slices of others’. It would be churlish to turn down a slice of lego birthday cake. Innit? Fortunately as we have four offspring this is a reasonably regular occurrence and as the kids like to do home baking, often making cakes at the spur of a free moment I don’t do too badly. My personal favourite is chocolate with a cream filling but the most important thing is that the cake is light and fluffy.

Pictures below – sign at West End Tap and another sign at a bar at the Students Union at Newcastle University (fwiw). Oh and the birthday boy? Terry Mackown. 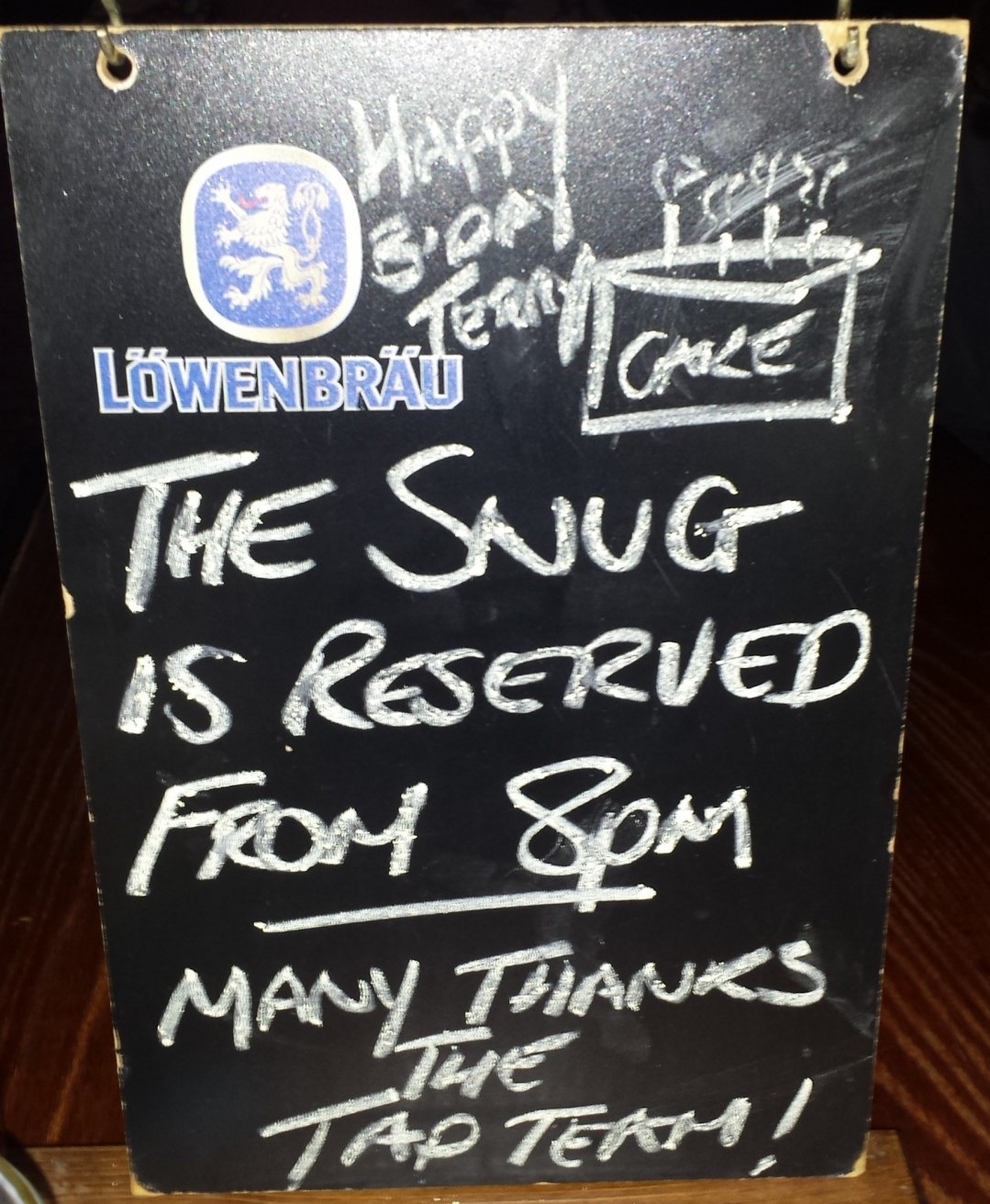