Is it too much to ask that Virgin Media provide the broadband service paid for, or at least something much closer to it than is currently the case?

Trefor.net welcomes “Broadband Week” contributor Gary Hough, Regulatory Manager for Zen Internet and ISPA Council Member. Gary has worked in the ISP industry for the past 18 years and is convinced he is growing old disgracefully, Regulatory Management Post Punk.

Superfast Broadband this and Superfast Broadband that…it’s all you hear these days as ISPs and others bang on and on about needing to have the greatest and fastest internet service that money can buy. I often criticised those ISPs, who dropped leaflets through my door trying to get me to switch to their service under some headline speed that would somehow transform my internet experience. Then one day it all got me thinking, about my own personal use of the internet and how it’s changing so fast that it’s not always easy for me to keep up (even though I work in the internet industry), let alone really know if I will get a truly transformed and faster experience if I did change providers.

There’s no doubt that by 2016 the majority of UK households will have access to a Superfast broadband service, be that Fibre to the Cabinet (FTTC) or even Fibre to the Premises (FTTP)…but do they really need it? I was unconvinced for quite some time, however I’m now finding it ever more frustrating that my home service provider (Virgin Media) is struggling to give me a superfast service, despite the fact it’s advertised as such and for which I’m certainly paying a lot of money per month. For example, for the princely sum of circa £125.00 + a month all in I take Virgin Media’s TV package, phone line rental, and 60Mb Broadband service. This Broadband service was sold to me as fttp, this despite the fact they use coax cable into my home (check out what Adrian Kennaird at Andrews and Arnold has to say about that on his blog), so I expect to get what I’m paying for…a Fibre to the Premises service. More often than not, though, that 60Mb service is struggling to keep up with the usage at home, especially at peak periods.

It is only my partner and I using our broadband connection, and most evenings we will typically be doing what most couples do these days (or at least I assume they do): fart around on Facebook via our respective iPhones/iPad/laptop, and perhaps listen to some music (Killing Joke, Magazine, Buzzcocks) streamed via YouTube or iTunes to a Bluetooth-connect Bose speaker or similar, etc. Or I might connect into work via VPN to do some last-minute blogging, download the latest meaty tomes from Ofcom, or whatever. Or sometimes we simply use iPlayer to catch up on a missed TV show (I say sometimes because more often than not Virgin streaming can’t cope with the strains of streaming an episode of America’s Next Top Model, and I have found myself wondering if they somehow think this is a feature they are providing, filtering and protecting us from ourselves and our obsession with mediocre TV). Anyway, my partner typically watches funny or surreal video clips posted in FB groups that she is subscribed to, or casually browses topics of interest, so nothing so intense that a 60mb connection can’t or shouldn’t be able to cope with. And yet, in my mind — and especially during peak times — our connection is just not holding up under the strain. Also, we’re only using the Virgin Media home hub (and it’s correctly set up), so I am certain it isn’t a wireless drop out or a technical hitch, though if I use wireless on the standard 2.4 GHz frequency it’s slower than switching to the 5 GHz frequency. The devices we use can handle the higher frequency (with the exception of one laptop), and as all of our devices are in the same living room we aren’t being restricted by any barriers to the connection.

So given all of that, I think it comes down to the connection being artificially manipulated by Virgin Media, due to the contention they face in my particular footprint from which I am served. Of course, as a highly valued customer — their words not mine — Virgin Media is promising me a free* upgrade to 100mb at some point in the future as part of their planned network upgrade, so we may in fact obtain 45Mb at best (given current performance and based on the current delivery track record).

Am I expecting too much, though? I don’t think so. In fact, I don’t believe it’s too much to ask that Virgin Media give me what I’m paying for, or at least something much closer to it than is currently the case.

And where’s the Advertising Standards Agency (ASA) when you need them? Lacking bite and teeth from my viewpoint. In truth, I often wonder why they even exist, given some of the clearly exaggerated advertising I’ve seen from some providers as well as the lack of enforcement that occurs when such is pointed out to the ASA.

So what’s the alternative? Should I switch to another ISP? This slow connection is happening far too often as is, and it will only get worse the more services and household gadgets rely on the Internet to function.

*In this case, “free” likely means another line rental increase on the phone service to pay for it all. 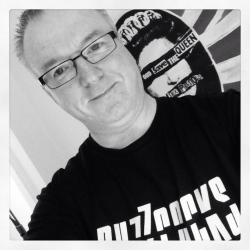 Internet Regular who works as a regulatory manager for a well known UK ISP. Started off the Internet side of my career in 1996 at Prestel Online before setting up and managing numerous award winning service and support teams for brands and VISP's that include Breathe Online, Planet Online, ScottishTelecom (Demon), Iomart (Madasafish, VirginBiz, Freeserve Virtual Office etc.), Videonetworks (Homechoice) and many more. During this time I have seen numerous changes in the ISP industry, some positive and some less so. I've always engaged in regulatory affairs specific to the ISP industry and have represented companies I've worked for over many years at Industry level including working with the wider ISP community, ISPA, Linx, Government agencies and regulatory bodies such as Ofcom. I'm a keen advocate for self-regulation and the development of the Internet industry as a whole not just the ISP’s I work for. I took up my current role as Regulatory Manager in order to represent Zen as their ambassador within the industry and to Government particularly given the intense scrutiny of our wider industry from within the political and regulatory framework that governs us. Outside of work I'm an avid collector of Punk, Post Punk and New Wave related music and memorabilia hence my interest in online music and the issues associated with file sharing and similar. You'll sometimes see subtle and not so subtle references of this interest in some of my posts and online wittering’s.