Having marinated the cubed lamb in step 1 we now move on to steps 2 and 3 for our lamb tikka masala recipe – the actual cooking.

This post continues part 1 of our lamb tikka masala recipe. The lamb will be nicely marinated having spent 24 hours in the fridge in the freshly prepared tandoori spice mix. I can confirm that in my own case the smell was heavenly (feel like I’m writing this for a woman’s periodical – next time I go to the dentist it’ll be there on the coffee table!).

The clay tandoor pot you are going to use to cook the meat needs soaking in water for a good hour or more. This is because when the meat is cooked in the tandoor the water steams our gradually keeping the lamb nice and moist. Heat the oven to gas mark 8 and place the tandoor containing the lamb, lid on, on a middle shelf. Give the meat an hour or so cooking time.

When the meat is cooked, remove it from the tandoor and crisp the outsides up under the grill. I discarded the liquid although something at the back of my mind tells me you can keep it for the next step.

I can only vaguely remember the next steps. I did research the lamb tikka masala recipe online before starting.  I’m pretty sure I chopped up some onions and mushrooms. I sauteed the onions in ghee in a wok. I bought the ghee specially. Never used it before but I now have loads of it in  tin in the fridge for the next time. Always handy to have some ghee in. Just like goose fat for roasties on a Sunday.

Some garlic, ginger and chilli mix I had left over from making the tandoori marinade were then added. With this I mixed in some tikka masala paste I had prepared earlier (in  jar  from Tesco – I lost the enthusiasm for doing it all from fist principles after the first night). After  bit of frying you add some tins of tomatoes (you decide how many – it’s a feel thing), tomato ketchup, turmeric and natural yoghurt. Other lamb tikka masala recipes have variants on this but fundamentally they are all the same.

i cooked the whole concoction over a low hear with a lid on the wok for around 60 minutes until the meat was tender and the sauce was just the right consistency. To finish off you toss in some chopped coriander leaves although I bought the wrong stuff and ended up with flat leaf parsley which does the job but isn’t quite as good. We kept the dish in the fridge and heated it up and ate it the next day. I think it always tastes better when the spices have had more time to infuse. Innit. 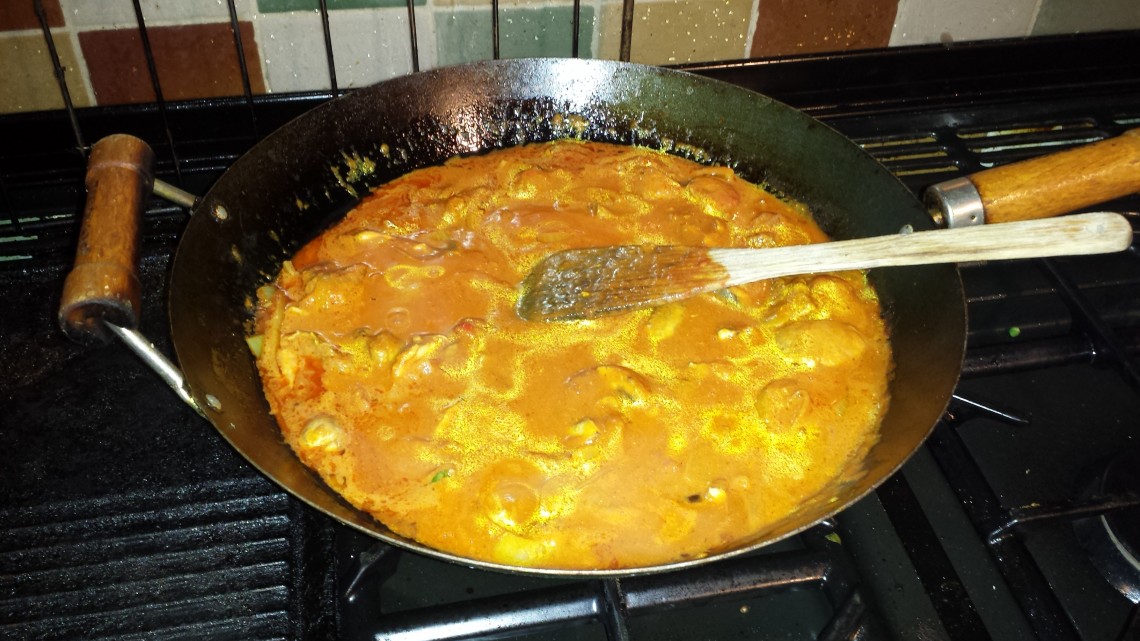 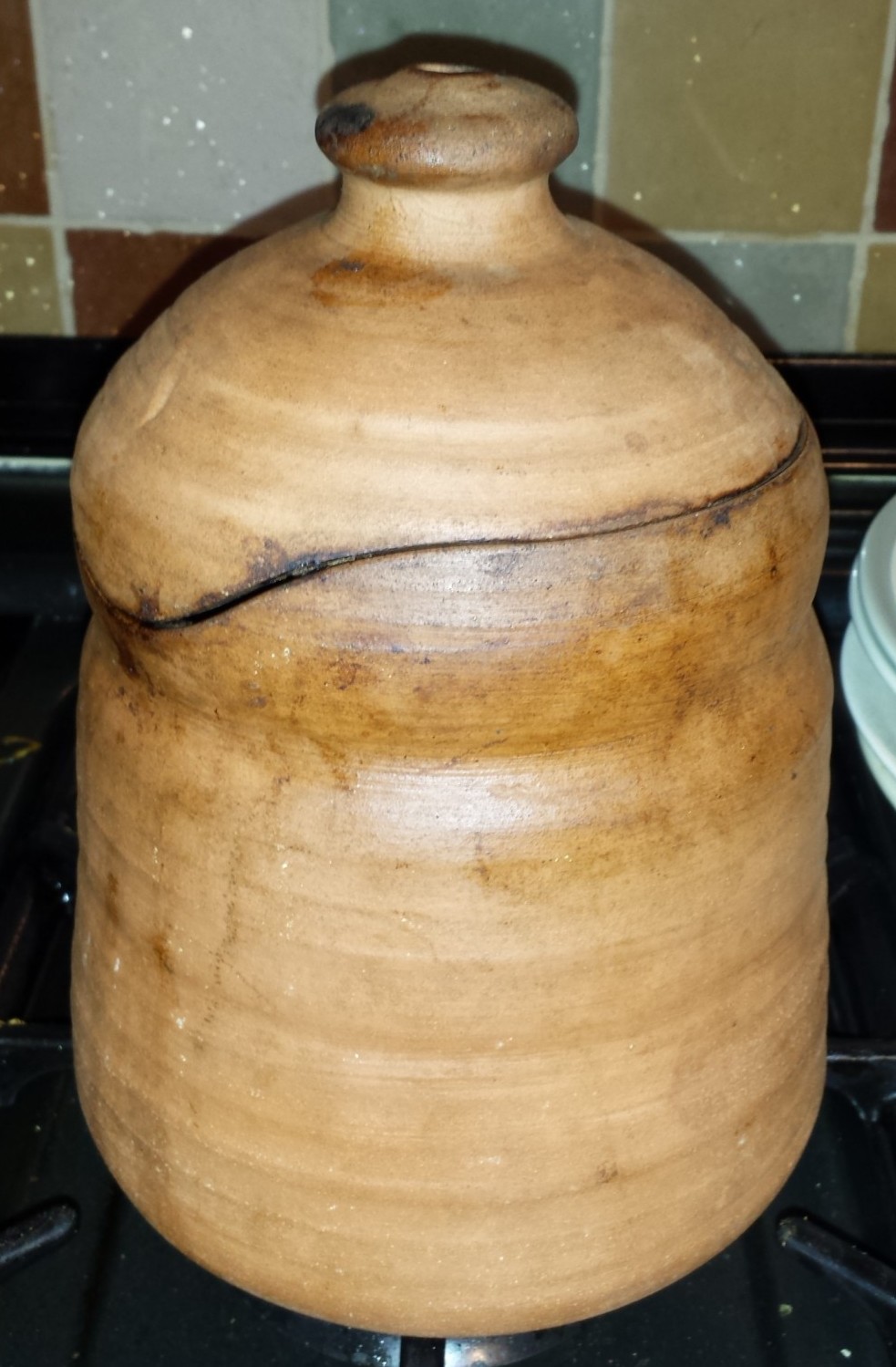