Simple post really. Kid 3 is home briefly from uni as he has a gig on Sunday. At the same time I took delivery this morning of my new Weber rotisserie. There is no correlation between these two facts.

The link is that as regular Facebook pals know I have a habit of sticking videos online of me talking about everyday things. Today I took a video of the new rotisserie in action. The main difference is that in stead of me being in shot I used my higher quality forward facing camera. This uses 4k video format.

Kid 3, or Joe as he is more commonly known, sat with me and gave me a lesson in iMovie production, fair play. Having played around with the footage, added intro and credits I proceeded to the rendering stage. iMovie gave me options. I initially chose 4k but was quite surprised to see that this would consume 6.5GB of storage for 1min 24 seconds of video. Wow.

1080p was expected to be around 1.6GB. Still hefty but more manageable. I rendered it using 1080p, ended up with 1.4GB of movie and uploaded to Facebook. Now doing the same to YouTube. It’s going to be interesting to see how Virgin Media react to this because I’m fairly sure I’ll be breaking their “fair usage” policy even though I am on their top package.

It doesn’t seem that uploading two lots of 1.4GB is anything out of the ordinary today though does it?

Just checked. The 1 hour threshold for uploading (at which point they throttle you) is 2.25GB but it doesn’t start until 4pm so I might be ok:). They only throttle you by 50% though which seems a bit daft. I’m still going to upload the same amount of data. It will just take twice as long. I accept that it is reducing peak usage but hey…

Its a 15 minute upload but tbh that is pretty acceptable for a 1.4GB file. The limitation might even be the server limiting hte upload – can’t be bothered to work it out. Ok I will 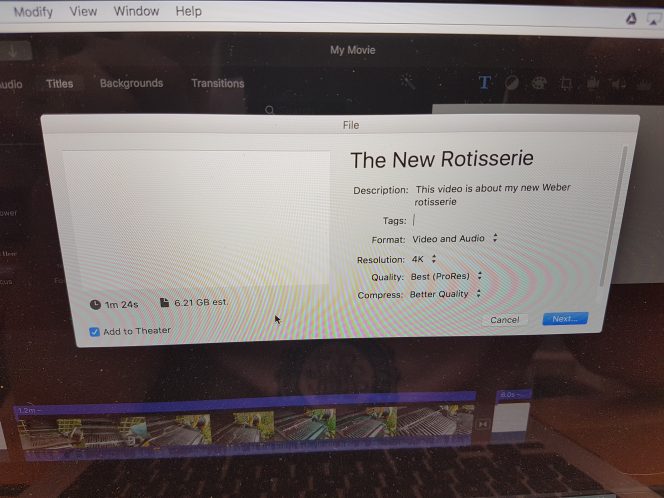 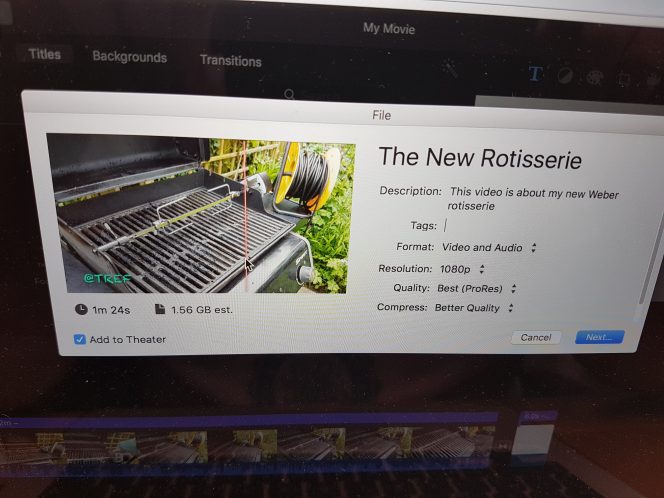 Better than carrier pigeons, then? In most of our rural areas we still don’t have 2G let alone 3 or 4, so it isn’t a worry for folk yet, they just don’t make movies.

It’s when I start to play with this type of tech that the contrast really stands out isn’t it?

If you encode the finished master using a higher compression rate and ProResLT (not ProResHQ) then I doubt you’ll see any quality difference. That will save you a lot of file size pain.

interesting ta – not too bothered about the files size mind you