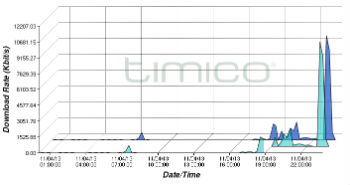 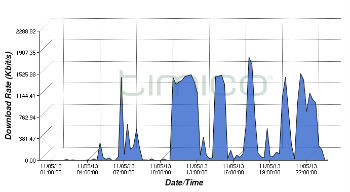 5 replies on “Evidence that video is driving home internet use”

Only trouble with this is it puts more load than ‘normal’ on networks at a certain time of day in the evenings.

In the ‘old days’ you set your various newsgroup or torrent clients to download things of dubious legality in a nice overnight window of maybe 1am til 5am, that’s all a bit over now, these days it’s all about iPlayer and Netflix etc. but because it’s all streaming, quality does seem to suffer sometimes.

Off to check Loose Women, Jeremy Kyle etc in the schedules…..

A quick back of fag packet calculation given the default speeds on BBC iPlayer if you’ve got a good connection (e.g. FTTx)…

As we’re linked on Facebook, you will have seen the “mission control” shot from “Magic Monday” of Wimbledon 2013 – as we didn’t manage to get tickets for that day in the ballot we had every device available in the house going, allowing us to stream every court live in HD – thanks BBC! Still didn’t really make a dent in my bandwidth allowance that month.

Looking at the graphs, looks like your wife is only watching in SD… 🙂

Our home traffic graphs tell a similar story with respect to iPlayer usage, especially if we’ve been out or there’s multiple things on at once.

Yes it does look like SD. My 13 yo is after a projector for his room. TV is so yesterday. His projector will do him for gaming and online content and I anticipate a lot more HD streaming of an evening.

Whilst I am glad that the XBox doesn’t live in the TV/Family room anymore I’m not totally convinced about kids having all the kit in their own room, or even in one of the spare rooms vacated by a now adult sibling.