Should BT have to publish broadband availability map? 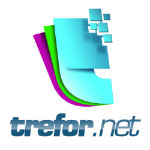 We keep hearing complaints from many quarters about the lack of transparency related to the Government subsidised Superfast Broadband rollout into the “final third”. Should BT be compelled to publish broadband availability map?

County Councils are apparently seen to hide behind “non disclosure agreements” signed with BT that prevent them from disclosing details of broadband plans.

Having sat on the Broadband Panel for Nottinghamshire the input from BT was that it whilst they had an outline plan for target broadband rollout areas this would be very much subject to change when detailed site surveys were made of conditions on the ground.

For example at a community that might have been down to get broadband the survey may have disclosed that significantly more cost would have been involved in servicing the area that originally planned. Because there was a fixed sum of money available for the whole project the continuation of delivery of broadband to such a community might jeopardise its roll out elsewhere.

If a village thinks it’s going to get broadband and then finds it isn’t this is likely to cause huge consternation amongst residents. Broadband, or the lack of,  is a very emotive subject. I understand this and BT’s desire to avoid the negative PR.

However this lack of transparency is giving rise to too many questions. Does BT have a hidden agenda for example? I am not party to such an agenda but in my mind it has got to a point where someone in authority somewhere should take it out of the hands of BT and the Councils and reveal the detail of the plans.

The cry from BT will be that it would be revealing information of value to its competitors. Surely if we the taxpayer are in large part funding this rollout then the whole competition issue should be irrelevant. The framework for the project put in place by BDUK seems to have scared every other network operator away anyway.

Unfortunately the people who might take action are politicians and civil servants who will stand safely behind the line of red tape left over from the extra large roll that was used to wrap this project in the first place.

Roll on fibre to the premises from multiple competitive operators. Roll on Gigabit to the home. Roll on roll off ferries! 🙂

5 replies on “Should Ofcom compel BT to publish broadband maps?”

good points tref, a bit of honesty wouldn’t hurt, that is all people are asking for. If the telcos can’t deliver there are altnets that will, but they need to know the score on the door.

“Surely if we the taxpayer are in large part funding this rollout then the whole competition issue should be irrelevant” – not really, we aren’t funding *all* of it and if BT make an excess return they have to return it to the project coffers AIUI, so there is a clear commercial issue.

A lawyer could even make a Competition Law argument about carving up the market by declaring coverage limitations, no doubt there’s a bit of the Treaty of Rome that covers that.

There is a parallel with mobile operators no longer providing mast data to OFCOM’s Sitefinder service on the grounds of competitive intelligence.

We also have to ask where has all this “competition” been for the last N years and why didn’t they declare their plans in the OMRs (thereby keeping subsidised BT at bay). Looks to me like fighting over the next pot of subsidy.

By multiple competitive operators are you suggesting that multiple operators should be able to run their own lines to properties? That makes about as much sense as letting utility companies do the same. Can you imagine swapping from British Gas to Eon and being told they’ll have to dig up swathes of the road to put your new electricity and gas in?

If by multiple operators you mean multiple companies able to offer connectivity and do billing (like we already have) I don’t see how they’re going to be able to run cables any faster. If you want you can use Virgin (if the cable infrastructure is there), hop to a mobile broadband provider, or even go satellite.

I have two separate points:-

1. Detailed BT survey is a nonsense. BT already have vast quantities of that data. Many will recall the leaked versions of BT’s commercial deployment data which listed EVERY postcode and its associated PCP. The latest’s leak was I believe the December 2011 dataset. E.g. a tiny extract:-

2. Ofcom had specifically provided a mechanism for ANY CP to install their own FTTC. A few were installed, after very great procrastination and hindrance by BT Openreach as well as inflated costs and with installation requirements that the BT Group ignored. E.g Rutland Telecom in Lyddington and Vtesse Networks around Hertford. Rutland were forced to install HVAC to protect the quite unnecessary fibre switch BT stipulated as the fibre hand-over point. It is no surprise that these installations became economically impossible for the CPs to continue that kind of development. That is why e.g. Gigaclear are now installing commercial FTTH buy ONLY where an independent fibre back-haul is available and definitely NOT where BT suddenly announce they are providing FTTC under the BDUK State Aid contracts. These announcements often seem to be prioritised over the remainder of an area where there is no apparent competition.

Good luck with this. In East Sussex, they have now finished the surveying for phase one BDUK and are actually sticking in the FTTC cabs and still they will give no details of the rollout, bar exchange names. Only info source currently is Openreach staff on the side of the road. I suspect that the most accurate information will be via the Wholesale ADSL checker when it’s live.