In the end of nineties Serbia was under UN sanctions and as a young electro engineer I was a part of the small team tasked with maintaining the gas masks in stock. I had an open issue before me: the carbon microphone was out of date and needed to be replaced. Unfortunately, the microphone in question was originally produced in another part of the former Yugoslavia and it could no longer be had. Also, copying it didn’t work as our punch tool machine was unable to make such complicated rounded holes with the strange patterns, and simply making holes on the microphone’s surface and trying to talk through them produced terrible results. We quickly realized that we would need to create a new design and establish a correlation between hole-shapes and design patterns of the microphone and its audio performance. In our audio lab we had a single B&K audio measurement system, which was a bit old hat but still in good shape and still in calibration range, and after some time the job was complete.

I moved on and became a part of the new growing network convergence world that first developed digital terminals and after that VoIP and wireless devices. In the beginning of the 2000s, VoIP’s early stages, the acoustical audio measurements become unimportant. People believed that the “mighty” DSP could solve any problem, and the knowledge on terminal devices and acoustic design had been pushed to the second plane: in most cases speech transmission quality judgment excluded electroacoustic components.

How It All Started

At snom technology AG we were aware of the complexity of VoIP terminal devices from the early beginning. We improved audio quality over the years by combining our acoustic experience with the latest DSP algorithms and our VoIP signaling know-how. Specifically, we solved various issues inherent in VoIP technology, including processing delay, network delay, network packet loss, need for VAD and CNG, countless types of noise, etc. And, of course, we addressed the main issue, that being synchronization, as by its very nature VoIP is an asynchronous connection, and sometimes audio packets are dropped simply because the sender and receiver are not using the same clock.

VoIP Audio Measurement equipment evolves in sync with VoIP technology, and as a VoIP pioneer snom has helped it to quickly reach a mature state which, improving overall overall audio quality through the use of various narrow and wide band codes.

Snom Audio Lab at a Glance

For modern telecommunications, old audio standards such as TIA-810B (Narrow band) and TIA-920 (Wide Band) fail to match requirements. These standards are focused on half duplex connection. Important aspects of the audio quality are not exposed, and many typical problems remain unresolved. 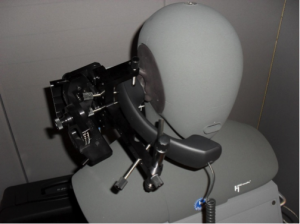 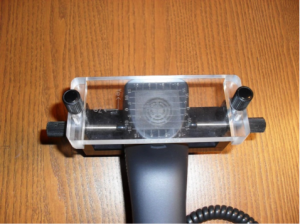 TIA-based audio optimized devices are unable to match customer expectations for perfect audio quality, and for that reason two years ago the snom development team began following the latest audio requirements for wide-band audio based on ETSI 202 739 and ETSI 202 740.

With ETSI, all requirements from the TIA standard are covered, but it doesn’t stop there. ETSI extends the requirements in frequency response domain and in loudness ratings, which requires high quality electroacoustic converters. ETSI also includes double talk behavior measurements and speech quality in presence of network impairments (packet loss, jitter) and, at the end, speech quality in presence of the background noise. 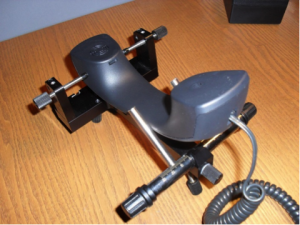 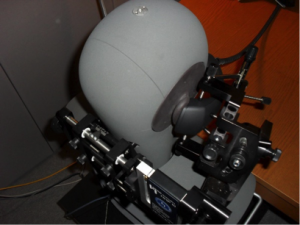 Today the snom audio lab uses Head Acoustic software and equipment, and I believe we have the best-in-the-market tool to create the non-compromise audio quality. We can fully cover all ETSI measurements, and we can do additional various HQS-IP items, such as TOSQA and PESQ, or spectral echo attenuation vs. time, or test our mockup designs to fix all over-limits distortions in the very early phase of the ID development.

Snom has put all of these tools and software to design the 7xx phone family, and with this product we deliver the best quality to our customers, this according to the latest requirements of modern telecommunication. Snom7xx, for example, has been built to pass the frequency response requirement based on ETSI 202-379 at every handset-to-ear pressure. The handset uses a specially designed high leak receiver that allows for the best sound quality at every handset. We use the most realistic artificial ear type during tests, too, which makes the receive curve extremely difficult to surpass.

On another front, high quality jitter buffer and packet loss concealment software in snom 7xx have been improved via the Head Acoustic network simulator in very bad network conditions. The speakerphone has excellent double talk performance, and algorithms such as background noise cancellation and adaptive gain control provide for voice clarity in every condition. 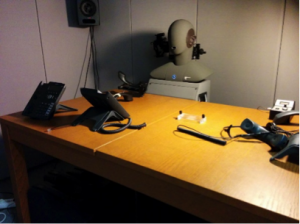 In the end, I am glad to appease the machine haters out there by saying that subjective tests are as important as objective tests, and I can remember many cases where the good objectively-tuned phone just provides bad audio. At snom, well-tuned audio devices mean a lot of objective tuning followed by subjective sessions, until the job has is finished.