The game is finally up for many ‘rip-off’ 084 and 087 numbers. Thanks to the EU’s Consumer Rights Directive – and the corresponding UK legislation (The Consumer Contracts (Information, Cancellation and Additional Payments) Regulations 2013), as of 13-June-2014 customers will not pay more than the “basic rate” when calling a wide range of businesses for customer service, complaints, renewals and cancellations. Hopefully by that point the majority of businesses will have already swapped their numbers, however what is really interesting is the reason why this change is taking place and what the impact will be. 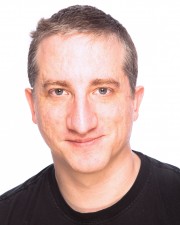 I may be showing my age, but I remember when the 084/ 087 numbers hit the mainstream at the start of the millennium. For businesses the advantage was clear: profit resulting from the call charges. Understandably, though, this didn’t make consumers very happy, and you can see their point. After all, who wants to be charged a premium rate whilst waiting an age listening to “Greensleeves” on repeat?

Mobile operator Three estimates the cost to consumers at half a billion pounds a year with research and testing company Which? pitting the figure at £385 a year, per household, which is not really small change by anyone’s standards. Thus, it’s no wonder that 67% of the consumers surveyed by Which? thought that these high-rate numbers were being deliberately used to discourage people from calling them.

So with Which? and other consumer rights groups complaining to the government to take action, it is great that something is finally being done to end this ‘rip off’. As with everything, however, there is a catch: certain types of companies are exempt from the legislation, including financial services, gambling, construction, and property sales and rental. There is hope, of course, that the Financial Conduct Authority (FCA) will put pressure on their members to voluntarily comply.

All of this has been good news for the numbering market, as demand for 03 numbers has gone through the roof. It feels as though consumers get that 03 numbers are ‘national’ numbers, but that they are billed like a geographic call. The real question, though, is how this will affect call volume and whether businesses will find other ways to recoup their lost revenue. I guess we will find out next month…

As soon as the Telecoms industry came to terms with the WhatsApp acquisition and what it could mean for their SMS revenues, CEO Jan Koum dropped another bombshell: the company would be launching voice services from Q2.

For many this announcement spelled the end. Surely operator executives around the world should start packing their suitcases and call it a day. After years of racing to the bottom the industry has finally hit rock. Well, not quite. In my view, it’s high-time these doomsayers started to examine the opportunities that come with the increase of OTT voice apps (mVoiP), rather than demonising the unstoppable tide of technological evolution.

The ‘telco industry camp’ and the ‘mVoiP camp’ needn’t be enemies. There is room a-plenty for them to co-exist, at least for the foreseeable future. News reports would have you believe that the only people using landlines are rural dwelling anti-tech luddites, however Ofcom has reported that in the last statistical year call volumes from both fixed and mobile phones were in excess of 100 billion minutes. Their report states that 82% of adults still use a home landline – but only 28% of adults use any form of VoIP. The report also said that there are currently 82.7 million active mobile subscribers in the UK, but a report from Analysys Mason clarifies that only 20% of them are active mVoiP users.

It is essential to keep in mind that mVoIP isn’t new, as in recent years a host of mVoiP apps have launched, including Fring, Nimbuzz to Viber. We’ve had a long time to come to terms with mVoIP apps and adapt business models accordingly. The key is to think about how you can value, rather than trying to stand in the way of change. At least one popular OTT app has been conducting trials with traditional telcos, in which calls from the PSTN made to a user’s regular GSM number are intercepted and delivered to the app instead of via the SIM. This kind of forward progress must be embraced. We must ask, “How we can add value and work together to deliver an enhanced customer experience?”

Massive scope exists for smart VoIP operators that can act as a gateway between the old world of the PSTN and the new world of OTT apps. As someone that has been in Telco for more years than I dare ever admit, I remember similar hysteria taking hold ten years ago when Skype first became popular. Today, Skype is feeding and contributing to the Telco industry, driving a third of the world’s phone traffic. The fact is that Telecoms is evolving, and,to survive we are going to have to evolve with it.