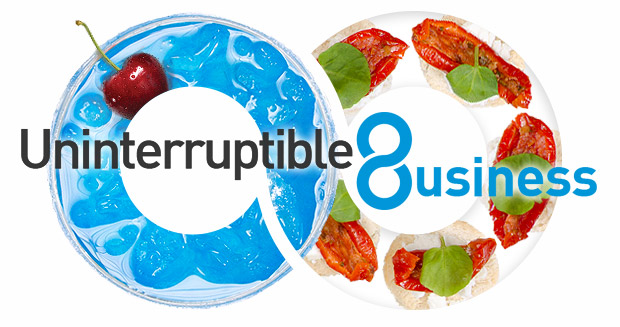 There are two phrases that I thought I’d banned from this blog some time ago: “cloud” and “smart phone”. “Smart phone” is still banned but I’ve had to reluctantly use “cloud” as it is in such common usage and any replacement term is longer than the word cloud itself (phone is the replacement term for smart phone which makes the latter a non starter).

A search for cloud on trefor.net brings up lots of posts that discuss it one way or another. Although it’s been a trendy topic for a while now it’s amazing how many businesses don’t use the cloud. For example Microsoft reckon that 85% of businesses don’t yet virtualise their server infrastructure. Also the market for dedicated servers is still very much all about solid bits of metal and hard drives.

This means that despite the term cloud feeling almost so old it’s about time we got a new one (cf “Unified Communications” replacing “VoIP for Business”1) there is still a huge amount of mileage left in the market. It is still very much  emerging.

–          It’s about a revolution in how IT infrastructure is produced, consumed and maintained

To add some pizzaz to the evening I’ve got Joe Baguley, CTO of VMware coming along to do a bit of a talk. Joe is a top banana when it comes to talking about cloud infrastructure. His talk is entitled  “Container Ships, Kittens, Chickens & Coffee Shops”. You know it makes sense. We will also be chatting about what Timico is doing with VMware.

The party is at a super cool venue called the Ice Tank (pun intended) in Covent Garden. Because I’m a good guy I have some tickets reserved for blog readers. The event starts at 6.30 on Tuesday 23rd April – that’s next Tuesday. If you want to come along let me know here. There’s also more info about the gig here.

Please only come along if this is of genuine interest. I don’t want any time wasters, costermongers, itinerant salesmen, rear admirals, unemployed actors or general low life:). Most of the attendees will be IT Directors/CIOs etc. Attendees will also be able to trial Timico Virtual Data Centre services FOC for their businesses.

1 also feels as if it’s about time we found a replacement phrase for UC.

Here at Timico’s Newark datacentre we have just expanded our main VMware cluster with a couple more Cisco UCS B200 blade servers (see earlier post ). The cluster is now running at a whooping 242Ghz of Compute power with 767.51GB of RAM! Impressive ou quoi?

It’s a bit mind blowing if your experience with buying computers is based on time spent in PC World staring at specifications trying to decide whether to pay the extra few quid for 2GB more RAM and a slightly faster processor.

This is just one of the many virtualisation clusters needed to run an ISP and another step forward in Timico’s P2V campaign – onwards and upwards. In fact it’s onwards and downwards when it comes to things like data storage space colocation rackspace, power and of course cost. On the back of this work we have just been able to cancel two cages in Docklands datacentres which will save us £100k a year. That’s significant. That’s half a million quid over five years – that’s very significant.

Virtualisation is allowing us to better manage and control our systems so we can always provide the best possible performance to the services we offer. If you’re a Timico customer you may have noticed the improved performance on services such as hosted web and email.  This is because these services have been virtualised with the accompanying improvement in performance.

Gimme a shout if you want to chat more about this or to come and see it in action for yourself. Info courtesy of that fine engineer John Milner again :)) (sorry if this is embarrassing John but you are a good guy 🙂 ). Check out the Enterprise Private cloud page at Timico.

I am quite excited to be able to announce that we have begun the building of a new 18,000 sq ft, three storey facility at our Newark Corporate HQ. This will house a datacentre with up to 150 4KW racks on the ground floor.

The first floor is designed as a Network Operations Centre and will provide us with a great 24×7 monitoring facility, screens galore and mirrored glass – the works. The initial build is costing £5m but we are planning a further £2m spend over the next three years, mainly on increasing the capacity of our virtualisation platform and Storage Area Network.

The Newark site already has diverse fibre connections but we will be adding a further link to Manchester to increase our route options out of the UK.

This facility will allow us to offer customers we host in London Docklands an alternative DR option in the midlands. The bigger play though will be virtualisation and the private cloud. We have been offering bespoke virtualisation services for three years or so but this will represent a big step up. Look out for announcements on this later in the year.

The header photo (click to see all of it) is of me and Construction Manager Gary Davies of Lindum Construction doing the ceremonials for the “groundbreaking”. The pic below is me actually doing some digging – I went out and bought a new spade especially 🙂 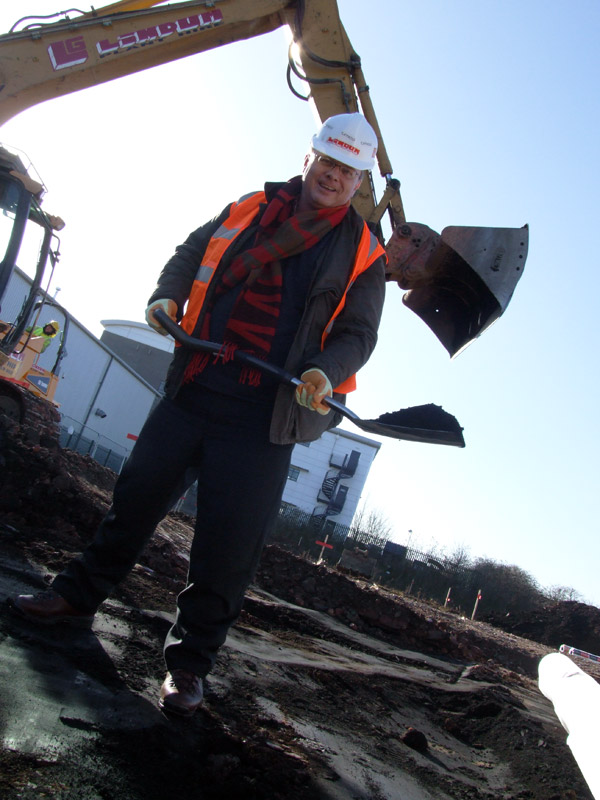