Years ago I worked for Marconi Electronic Devices. The company always struggled and a round of layoffs in the run up to xmas was a regular feature of the calendar. They would get the numbers off their books in time for the new FY in April.

Those were pre social media days. A number of unlucky people would be destined for a miserable xmas but it would not be world news.

These days thanks to Twitter bad news like that spreads like wildfire and you can bet your bottom Euro that the whole world would  know about it before getting up in the morning.

Witness the chef of the Plough pub at Great Haseley in Oxfordshire. He was a bit peeved about being given the push just before xmas and because he controlled their twitter account was able to tell tbe world – see @ploughpub or screenshot in case they have removed the “offending” tweets.

I reckon this could be a bit of a publicity stunt mind you. When I looked their website said they had had 3,009 visits in the last 7 days, 2,829 of which had been in the last 24 hours. Maybe they should take on their old chef in a new marketing role and get him to find a replacement person for the kitchen!

One assumes they have another chef lined up for the busiest time of the year. One can’t imagine the pub would have got rid of their old one without having this covered… 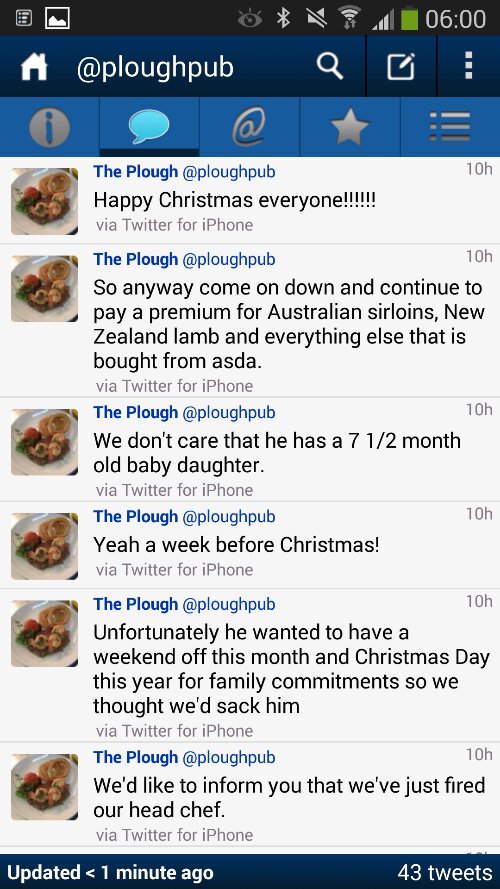 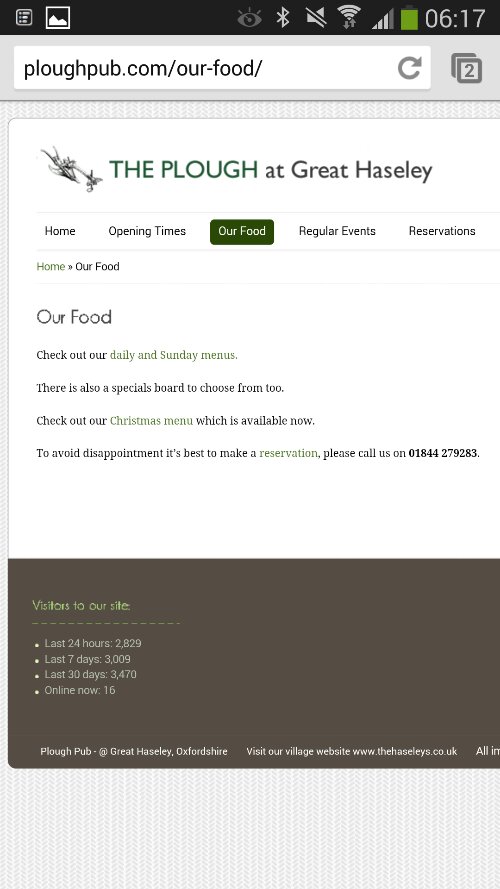 Everyone (present company excepted) appears to be bashing The Plough Pub without remembering there are two sides to every story.

Anyway, the chef has a couple of personal twitter accounts @chefjimknight and @j1mkn1ght if you’re curious how things turn out…

What’s interesting is the hit counter at the bottom of the page:

Almost 30 times the amount of visitors in the last 24 hours than in the last 7 days. Don’t know if the pub will be visited that much!

Wow. It was early today when I looked – the effect of viral marketing using social media eh? I first saw it as a result of a Rory Cellan Jones tweet. He has over 100k followers – shows the effect of celebrity on the publicity.

I’ve followed both the pub and the chef btw