“Lily Allen sounds crap and uninterested”, said my wife as she listened to BBC Radio 2.

A few weeks previously I’d heard Dermot O’leary saying that Lily Allen would be sitting in for him while he went on a filming trip, “or she will be,” he said, “if she ever answers the phone to my producer!” Maybe an early sign that this whole thing might have been a hindrance for her, rather than a privilege to be broadcasting on the most popular radio station in the UK.

I’ve listened back to that program on the mainly brilliant, yet occasionally frustrating BBC iplayer Radio Android App, and I don’t think it was as bad as my wife made out. Sure, Lily Allen wasn’t on the ball, she had a terrible interview technique and laughed at her own jokes. But this is Lily Allen, and that’s what people expect from her and she comes to most things with a degree of honesty that I find refreshing. Her first interviewee was Caitlin Moran and it was clear to me that this should have been billed the other way around, a natural in front of a mic, with intelligence and a quick wit, Moran, who confessed to have nothing to flog at the moment should have taken the lead and interviewed Lily about her new album.

The worst sitting in job I’ve heard was on the Kermode and Mayo’s Film Review, or ‘Wittertainment’ as its known to its legions of loyal fans around the world. Although I am a huge fan of the podcast, I like it when they take a holiday, it allows different opinions to be heard on the Top 10 Film countdown section, a part of the program that can get repetitive to the regular listener. They’ve mixed it up and changed the sitting in presenters over the last couple of years. These have included Zoe ‘Erm’ Ball, Jo Whiley, and Al Murray. Just lately they have stuck with Edith Bowman who is a charismatic and knowledgeable presenter alongside James King who has shadowed Mark Kermode throughout his career and does a pretty good job of it.

There will be some that argue that celebrities sitting in for the regular radio presenter is another form of the radio industry losing its broadcasting professionals. There was a hullabaloo recently amongst the trade press and on their corresponding Facebook pages, when Smooth Radio announced that the radio presenters Simon Bates and Lynn Parsons were ‘leaving’ the station and being replaced with some TV stars – former GMTV presenters Andrew Castle and Kate Garraway, with Myleene Class and Holby City’s Tina Hobley completing he line up. 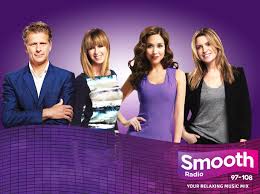 Its interesting that this reaction only happens when TV stars are being employed in radio, no-one bats an eyelid when radio presenters leave the comfort of the sound proofed studio to look down a lens. I suspect that some of the annoyance felt has something to do with Andrew Castle being given paid radio employment before say, a wasp.

Radio is a smaller industry than television and its professionals are bound to be protective and at heart they simply want standards to remain high. Of course, the regular radio presenter wont mind a celeb sitting in for them, they can be assured that they wont be good enough to take their job, but give them enough practice and a lazy program controller might get start struck.

No, didn’t know that Scott. Hope he’s learned some lessons from last time.

Radio 2 will only use big names because they attract the listeners. It was interesting to see that when I did the world record attempt for most comments on a blog post in 24 hours a number of TV personalities retweeted links. Their tweets generated noticeably more retweets than your run of the mill tweeter.

I concluded that if you are going to do something like that you need some big names on your side.