Far from the richest of subjects for 500-plus words of clever (one hopes) pondering, Unified Communications (UC) does, though, seem to generate its fair share of pixelated words across the Internet on any given weekday. Breaking “news” on the subject seems to pop quite often, in fact, regarding this award or that award (yesterday, for example, it was reported that 8X8’s Cloud-Based Unified Communications and Contact Center Suite had won the award for “Best Midmarket Solution” at the Midmarket CIO Forum), and there is a constant trickle of hot scoops as to which company has been awarded which UC contract entailing this feature and that. Then, of course, there are the compelling tidbits detailng which executives from which companies are moving to whatever positions in whatever companies.

Thus, like any other industry doing business today, a ton of fill-the-space churn is being kicked into view — into print? — with the primary intent of filling space and selling advertising (and don’t for a second think I am deaf/dumb/blind to the blatant irony threading through and wrapping around that sentence). Still, there has to be some honest-to-goodness need-to-know UC news out there…somewhere. And, by gum, I am going to be the one to find it and bring it into the light, right here…right now? 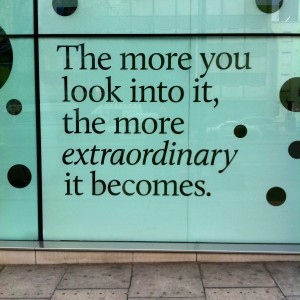 According to ITWeb, “Unified communications (UC) is becoming a necessity in the South African workplace, yet many organisations are still grappling with why it needs to be adopted as an integral part of business operations.” Not that pointing out contradictions is much of a sport, but…what? A survey declares UC is becoming necessary in business, yet organizations (the U.S. spelling this time) particpating in the survey do not know why this is so? I provided the link, so you are welcome to go read the piece if you haven’t already wasted your time doing so.

My effort up to now at bringing hard UC news into the light? Not really going so well. I’m a gamer, though, so I’ll pound the dust off and try again.

Headline: VoIP increasingly considered thanks to features like flexibility.

Ah, this could have a little juice in it…lessee. According to a survey — so many surveys, so little time — 84% of organizations that “specialize in technology” (can only shake my head in wonder at how entry into that exclusive circle is secured in these “an app that will ping you to empty the dishwasher” days) are thinking seriously about integrating UC to the way they do business, though only 40% of businesses are using such services today. So how does that break down? Assuming the 16% of technology specializers who have no interest in UC are not among the 40% currently using it, the cited statistic means that nearly 50% of the 84% who are considering putting UC to work are already doing so?

Math, man. Nothing like it. Or to paraphrase a much-beloved (yet considerably difficult to attribute) quote, “There are three kinds of lies: lies, damned lies and statistics.”

Elusive and cagey beast, Unified Communications news. Still, two strikes does not an out make, so I will take one more swing at it today.

Raw monetary numbers. Now THAT is news! Well, no, it isn’t actually news, but a projection, and one that no doubt explains the reason for all of the industry sturm and drang generated by any and all associated with Unified Communications in its myriad of incarnations and forms on any given day. Of course, and as to be expected, the MarketsandMarkets report the headline is drawn from must be purchased, though it can be had with customizations at a 10% discount for early buyers. Did I say “projection”? No, what I meant to write was “advertisement”, albeit a quite cleverly disguised one…well-teased, too!

Lest I leave you, kind and generous reader, with a taste of the cynical in your collective mouth, rest assured that I will continue to thumb around in the bowl of plastic fruit that is the Unfiied Communications newscycle in the hopes of pulling out an occasional, genuine, sweet Grade-A plum.