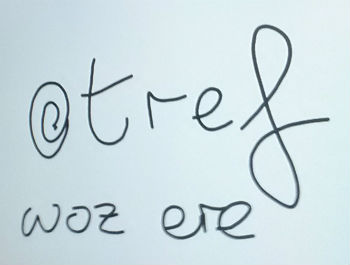 Our TV remote control is lost. It is almost certainly down the side of the settee or one of the armchairs. I did look. It must have been a fairly cursory glance because that bit of plastic was not found. Didn’t jump up at me saying “here I am Tref”.

Not that it knows my name. At least it never got it from me. Might have heard it while we were watching the snooker, I suppose.

The fact is that the TV remote being lost hasn’t really affected me. I discovered the manual buttons down the right hand side of the screen. They allowed me to switch on the snooker. Fortunately the faff of switching channels was unnecessary. It was already tuned to the snooker.

Since then TV has played no part in our lives. It is there flat against the wall. Red LED indicating it is powered up but on standby.

I could I suppose find an app on the droid that serves as a TV remote. Not bothered. I quite like the idea of a screensaver showing fish in a tank. Tropical job. I’d like a fish tank although I don’t want the hassle of looking after the fish.

Friend of mine from University, Rhys, had an undergraduate project to observe the behavioural patterns of goldfish. He was supposed to feed them at the same time of day in the same part of the fish tank to see if they would congregate there in hungry anticipation.

The problem was we would shoot off somewhere for the weekend so on Friday Rhys would give them enough food to last until Monday morning. Totally messed up the experiment. The fish began to die and by the end of the spring term 39 out of 40 of them had died. Kicked the aquatic bucket. Rhys had to totally fabricate his experimental results:)

My other university “fish tank” story related to one of the lads who declined to come out with “the boys” one sunday night because he had a date. In those days Bangor was dry on a Sunday. The only source of alcohol was through a private club such as the British Legion or the Students Union or at a restaurant. We frequented the Taj Mahal, sadly now defunct.

On this occasion we hit the cinema and ended up in the Taj for a chicken biryani (meat vindaloo, onion bhaji, pilau rice, plain naan etc) and a few pints of lager.

Upon arrival we were sat next to the fish tank, always a favourite place to sit. Very relaxing when combined with Bollywood’s Greatest Hits. Just a few minutes later our pal was ushered, girl in tow, to the table the other side of the tank. I have no idea whether he had noticed us but we could definitely see him. He was out to impress big time and ordered a bottle of Blue Nun, in those days the height of sophistication. You have to believe he had the mickey taken out of him big time when we got back to the hall of residence. Blue Nun!

Hey. He had the night out with the girl and we didn’t 🙂

In those days I didn’t watch the TV. In fact Kid1 was thirteen years old before we had our first TV. We have one now, as you know, although we don’t watch it because the remote is lost. Feels just like the good old days:) There’s always iPlayer and tinterweb anyway and we didn’t have that in the good old days!

PS pic is totally arbitrary – fancied sticking it up

TV remote.
I know you aren’t bothered, but…

I have this free app installed to control my Samsung TVs:
https://play.google.com/store/apps/details?id=com.adi.remote

Works well. Useful to turn the volume down from any room in the house if the kids are getting carried away 🙂

unfortunately ours is an LG TV 🙂

Oo ta. I’m not going to let the family know, even if, as we inevitably will, find the actual remote. They can think there’s a ghost in the house or the TV has a mind of its own 🙂