Mobile phone in Spain is very useful whilst on holiday – this post was written mostly in the shade by the pool.

Some of you will have noted on my Facebook timeline that I have been on holiday for most of August. At the moment I’m in Cala D’Or in Mallorca. Sat in the shade on the hotel terrace looking down on a moored yacht. Abba in the background:) The use of my mobile phone in Spain proved indispensable.

When we got here the first thing I did was to establish the comms position. Hotel WiFi was cheap at only 10 Euros per device for the 12 days of our stay. However I didn’t want to encourage to the kids to spend all their time on their laptops so I opted for the 1 free hour a day per person.

Next thing I did was source a Spanish sim. Mobistar 1GB for 20 Euros. I needed it to work the sat nav. We had a private transfer from the airport when we landed and had a hire car delivered to the hotel the following day. I needed the Sat Nav to make sure I could find my way back to the hotel the following day after picking up the heir who was arriving a day afer us. 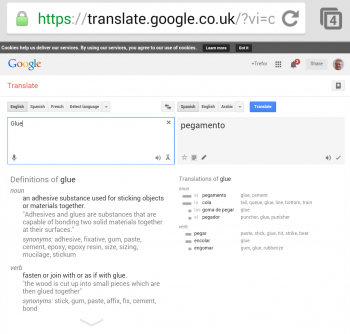 As it turned out the Mobistar sim came in handy for other purposes. Kid3’s specs broke and the nearest optician was in the next town. I found the optician using google and then maps to get there. I took a pic of the street sign in case I couldn’t find my way back to the car.

I also did this in the huge underground car park in the centre of Palma. At least I took a pic of the parking bay number so that I couldn’t forget where I parked – easily done when you are using a hire car. Interesting to see car parks with red and green lights above each bay to indicate whether there was space.

The optician couldn’t fix the specs so we hunted down a supermarket using google maps to buy some superglue. We then used google translate to find out the spanish word for glue and showed it to an assistant.

We used TripAdvisor to determine where to eat each evening. By and large this was highly successful. We mostly ended up with great family run restaurants. Cala D’Or is very touristy and there were a lot of places I’d say were transplanted from Benidorm (though I haven’t been to Benidorm) and geared at the Fosters drinker. TV screens all over the place.

Restaurante Selani was #2 on TripAdvisor behind an Ice Cream kiosk at #1. The food was good enough to engender a very positive response from Kid4, the gastronome of the family. TripAdvisor did however make us 20 minutes late for the table as it took us to a spot only 60 metres away but across the marina. The 60 metres took 20 minutes to walk!

Every pub and restaurant in Cala D’Or, everywhere we went in Mallorca in fact, had free wifi. Whilst I had my 1GB sim the benefit of the wifi was the automatic backing up of my holiday snaps to Google+ which only happens in WiFi range. Upload was consistently slow though. 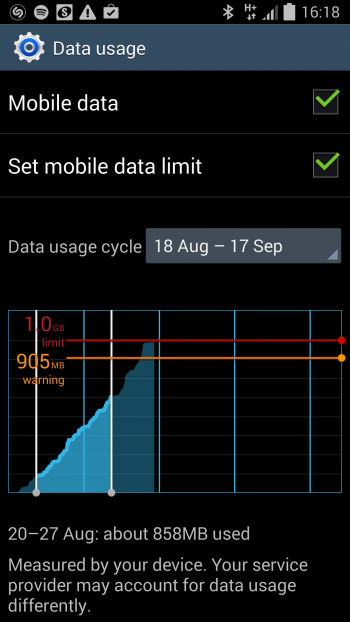 With three days of our holiday left I had 120MB left of the 1Gig.  MIght just last. Ran out with two days to go. Usage has been pretty linear and has consisted of mostly twitter, facebook, reading the papers and keeping up with email. We also streamed the Halifax v Lincoln City game (3-2 unfortunately) using iPlayer. After the first couple of days we didn’t need to use the sat nav other than to find the occasional restaurant.

Whilst I had some of my bundle left I preferred to use mobile data that any free wifi that might have been on offer. It was clearly based on ADSL with generally poor upload and download. I also noted that the Facebook mobile experience was not very good. It often timed out saying there was no network connection whilst I could access other sites such as the BBC with no trouble.

We left Mallorca with a healthy tan and some great memories. It was noticeable though that our home FTTC based Wifi was so much better. Everyone heaved a sigh of relief when they got their gadgets out at home.

It might be argued that we shouldn’t have needed any connectivity whilst on holiday. However you can see from my experiences above that having a mobile phone in Spain was very useful.  This technology is becoming part and parcel of our everyday lives and why shouldn’t you have it. My experience of being without a phone whilst it was being fixed also brought me to the same conclusion. Why shouldn’t we use the tech. It is useful.

That’s it for now. Summer is over, holidays are over (for now) and it’s time to get back to work. There is a fairly packed programme on the blog in the run up to Christmas. Check out the schedule here. 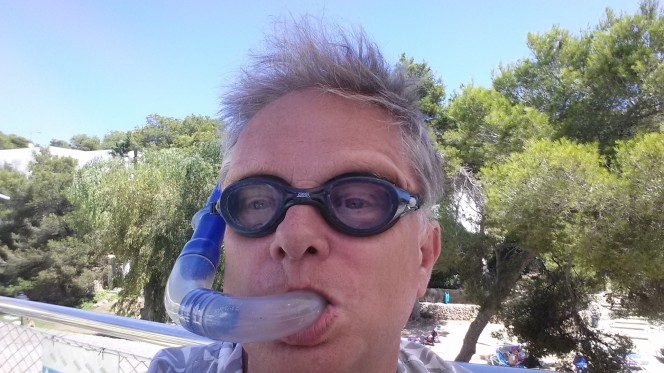