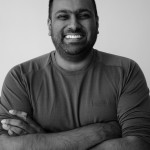 You can tell it is almost election time. All the discussions with anyone in the policy sphere quickly moves on to the ‘next parliament’, and questions arise about who will be the next Minister, and probably more important, Committee Chair. And there is more talk of manifestos than positions on key pieces of legislation and policies that should be discussed today. Instead, everyone would rather wait for some indeterminate amount of time into the future where we know not when these issues will again find their day on the policy agenda.
In the meantime, the government departments and agencies continue their work to dismantle privacy.

It’s a sad state of affairs. After all, the coalition agreement of the current government declared, in heady and idealistic days of May 2010, very strong ambitions around privacy protections — deleting databases and discontinuing surveillance programmes, including communications data retention. Yet in the past five years we have seen repeated policy attempts and intense politics around expanded surveillance powers. And in the past five years, we’ve seen government resistance to stronger privacy protections in the form of data protection reform.

Despite all the news about lack of consumer confidence, data breaches, hacking, court decisions protecting privacy, and yes, over-reach by intelligence agencies, the UK Government can’t stop being the bad-boy of the western world on surveillance. And it continues to drag the rest of the world down, as it insists on expanding surveillance and retreating on privacy.

So what hope is there for the future? To be honest, despite past performances by all, I’m quite optimistic.

1. Data protection reform
At the moment, the Government is actively obstructing data protection reform. Neither the Ministry of Justice nor BIS want to see strong protections of privacy. The EU has spent the past five years trying to build a new legal regime to replace the outdated Data Protection Directive, and thereby the 1998 Data Protection Act here. But in recent years the UK Government has been active in promoting industry and government interests, at the expense of protecting consumers and citizens. This just can’t continue. Eventually the UK Government has to recognise that stronger data protection rules are essential to consumer confidence, civil liberties, and the marketplace. And if it doesn’t care about protecting UK consumers and citizens, then it would be best to get out of the way. And the emerging instruments will again set the example globally.

2. Reform surveillance law
It’s not just that the Regulation of Investigatory Powers Act 2000 was given royal assent nearly 15 years ago, before the spread of wifi, mobile internet, social networking. It’s not just that Parliament had to approve under duress, and under a Home Office manufactured ’emergency’, legislation that is due to sunset in 2016 requiring continued data retention despite a very clear European Court of Justice ruling declaring it unlawful. It’s not just that the Home Office is rushing through a consultation on when the Government should be able to hack computers. It’s not just that getting companies in other jurisdictions to cooperate with requests from UK law enforcement and intelligence agencies should require a higher standard of authorisation than just a ministerial warrant or a self-authorised request by police agencies. Rather, it is that the case for surveillance law reform has become so clear that we now have the opportunity to make UK law the standard for the rest of the world.

The UK can stop being the bad-boy of the western world. And it can be within the next Parliament.

Gus Hosein has worked in the field of technology and human rights for over fifteen years. He has advised international organisations and institutions including UNESCO, UNHCR, OSCE, and the UN Special Rapporteur on Terrorism and Human Rights. He has held fellowships at the London School of Economics and Political Science and the American Civil Liberties Union. As Privacy International’s Executive Director he coordinates work advancing the protection of privacy across the world, with a particular emphasis on developing countries.

This is a week of political posts on trefor.net in which guests discuss technology regulatory issues that they feel should be addresses by the next government. Other posts this week include: