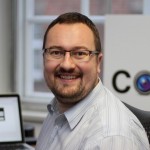 In 2010, part-way through my “career break” as a lobbyist representing UK tech start-ups I ambushed the then green Business Secretary Vince Cable after a lecture he gave (on fiscal stimulus, a lecture he’d agreed to before finding himself Secretary of State) to ask him one question:

“How will you support smaller UK tech companies, and in particular companies selling into government?”

Given the chance I’d ask the question slightly differently on the 8th May. I’d ask why so much of the outgoing government’s innovation strategy seems to have been delegated to, and in many ways benefited, large established tech corporations; and what are you going to do about it!

To be fair to the coalition there have been several inroads in improving the imbalance faced by small tech firms, from the mandated preference for open source (inherently favouring smaller businesses over the proprietary solutions of the global giants), to a centralised Contracts Finder designed to make contracts easier to find, and initiatives through the Technology Strategy Board and other agencies to fund innovative UK-based growth businesses.

But towering over the many and varied initiatives to help UK growth companies are the likes of Google, Facebook, Microsoft and BT.

It’s not the contracts won by the big boys, but the way the government appears to have outsourced a large portion of its innovation strategy to the current market incumbents.

From the billion and a half of public money handed over to BT to speed-up deployment of “fibre” broadband, to the millions “invested” in innovation centres such as London’s Silicon Roundabout – investment often structured as tax breaks for the large firms spearheading the initiatives.

Surely if just a fraction of this money had been targeted directly at small UK businesses it would have yielded better results. I mean, look at what B4RN has achieved on a shoestring!

And it’s not just that the public money might have been better spent by smaller UK-based companies.

Think about it for more than half a second and you realise it makes no sense to delegate innovation to large companies.

Innovation is important for two reasons – the obvious being that society benefits from improvements in technology.

But the second reason is more subtle: innovation is regeneration and renewal in the market.

Consumers benefit from competition – it keeps costs low and prevents the kind of profiteering possible wherever there’s a monopoly of supply.

But after a while the market can get lazy, with none of the established players motivated to fund product improvements or find new ways of providing products and services more efficiently, and hence more cheaply, to the customer. The lazy incumbents get fat at the consumer’s expense.

That’s where innovation comes in. Agile young start-ups challenge the incumbents and stop the market from getting lazy. And market competition is not just about providing cheaper services – it’s also about providing better services; in the world of tech better could mean being more careful with our private data or showing me social media posts that are actually relevant to my life…

So the strategy that sees Facebook, Microsoft and Google fostering UK innovation is in my view like inviting a pride of lions to make sure your herd of young gazelles get all care and support they need.

Placing UK tech innovators under the wing of a multinational tech company not only gives that company early access to a wealth of new ideas – something companies used to fund themselves in departments called Research and Development – it puts them in a perfect position to acquire the successful companies at the lowest possible price.

Put yourself in a the shoes of a UK start-up with offices in Microsoft Ventures Accelerator or Google Campus having developed a successful product that runs on cloud services provided cost-free by your benefactor. Your product may even rely on social data or some other asset that your benefactor controls.

Once your company has proved the tech and the market, at great effort and cost to you and your early-stage investors, one potential suitor is in the driving seat when it comes to acquisition.

In fact your benefactor may make it near-impossible for one of their rivals to buy you, driving down the value in your business and allowing them to maintain their market dominance by swallowing services that threaten their own business and acquiring innovative new products and services on the cheap.

Yes of course industry partners have a very important role in shaping the next generation of technologists: call this education, training, or skills development… But please, stop calling it innovation!

The next generation needs to challenge the incumbents, not grow up in their shadow.

James Firth is CTO of Comprobo, a UK-based tech start up (comprobo.co.uk). He left Motorola in 2005 to start his first tech business, creating an innovative budget management programme in use on public-private highways maintenance contracts, and founded the Open Digital Policy Organisation in 2010 to lobby on behalf of UK technology start-ups.

We need a diverse supplier base and have to consider deployment scale as well. BT are making superfast broadband available to more customers in a week, possibly a day, than B4RN have in total over 2 years. Other communities have looked at the B4RN model and decided it’s not for them and I’m now signed up with Gigaclear for a commercial FTTH service that appeared out of the blue despite my village getting a BT/BDUK subsidised FTTC cabinet (yet to be put into service).

London Business School taught me that the role of Government is to stand in the marketplace throwing money away, so perhaps “doing less” would be a better move than rearranging the supplier base on a sinking concept.