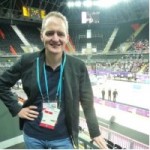 uc executive dinner is another hit

Just a quick footnote re the 6th trefor.net UC Executive Dinner held on Tuesday night in London. We had 23 top industry executives signed up for the event which is by invitation only. Tuesday night’s event was held at London’s top Michelin starred Spanish restaurant Barrafina.

The speaker Kevin Murphy runs BT’s voice network and treated us to a great talk on where BT’s voice capabilites are going. This event is gaining in strength each time it is held.

On Tuesday we had C Level representation from a great mix of companies including some who had flown in especially for the occasion. Major multi nationals including BT, Ring Central and Vonage mixed with smaller business focussed UK companies together with key vendors in our space.

As well as extending a special thanks to Kevin Murphy I’d like to thank German SIP handset manufacturer Snom for their generous sponsorship. Snom were one of the first manufacturers of SIP phones and are therefore one of the oldest companies in the game.

These evenings are operated under Chatham House rules whereby nothing said on the night is attributable to any individual. This makes for a very open discussion in an environment where many of the participant are competitors. That isn’t to say this is a cartel under another name. The topics discussed are those relevant to the industry as a whole.

Check out what people say about the trefor.net Exec Dinners:

Colin Duffy – CEO,  Voipfone
The trefor.net uc executive dinners are always good for high quality gossip, industry chit chat and networking – you can guarantee learning something or meeting someone new and useful. Far more importantly though, they’re just a damn good evening out.

I just wanted to thank you for being an excellent host and putting on a really informative (and fun) evening. I hope to attend many future evenings!

Lively, informative, and tasty!  That’s how I’d describe each evening I’ve spent in the company of Tref and his invited guests.  You’re guaranteed several conversations with colleagues and key decision makers at organisations across the industry over a relaxed dinner at a fantastic hand-picked menu and location.

Check out our events page here.