Track my progress to the St Bees starting point live

Didn’t get much sleep last night. Kept getting up to go to the loo. The excitement starting to take effect.

Had a good cooked breakfast – it’s the way ahead for the next couple of weeks:) Thought I might as well start as I am clearly going to be doing going on. Didn’t take long to finish packing and decided I’d take my Osprey laptop bag as it will be easier to keep all the cables there. I can put the bag inside my NorthFace base camp duffel bag for transportation between venues. There’s a lot more stuff in there than if i was carrying it all on the walk.

At 10.30 we set off to drop the duffel bag at Ajax’s house. They are taking it up for me which will make life a lot easier on the journey there. First stop is Newcastle at 13.40 where I’m meeting Joe for 40 minutes during the layover. It’s then a 90 minute journey across to Carlisle and then an hour and ten minutes or so to St Bees where I will arrive at 17.55, all being well.

Had a flat white and a piece of caramel shortbread at Newark Northgate – starting the calorie consumption already:)

At “Darlo” the train filled up with NUFC fans who had already been “celebrating” for some time. They filled up the std class carriages and overflowed into first. We were all getting off quite soon so it didn’t really matter other than some chap who got on at Durham and started talking loudly to a pal about the wallpaper he had just put up, the fact that Newcastle Brown Ale was nearly three quid a bottle at the station whereas it was 4 of a fiver at ASDA and about the fact that he was sitting in first with a sdt class ticket.

We’ve all done it although my incident a few years ago was totally inadvertent. I thought I had a first class ticket and didn’t discover my mistake until after I’d eaten a full breakfast. I was quite prepared to pay to upgrade but the guard never came along to inspect my ticket – result!

I’ll update as we go along here.

While I am walking I will be using Runkeeper to live track my progress. You can find the link for each day’s progress at my twitter page or at my Facebook profile page. I will also be pinning photos within Runkeeper as I progress. I am also using a Fitbit Surge to provide me with additional monitoring data.

Don’t forget I’m raising cash for Cancer Research UK whilst on this Coast to Coast walk. JustGiving page here. The start date of the walk coincides with the anniversary of my mother’s death on May 1st last year. Mam was Chairman of the Marown & District branch of the IoM Anti Cancer Association.

A lot of people have helped me in the preparation for this walk. Firstly Mat Kiddie of Amigo who I met on a plane coming back from Mobile World Congress and who sent me a mobile battery charger. Then there is Aideen O’Colmain of Fitbit who very generously donated a Surge. Finally there is Dan Cunliffe and his team at Pangea who provided me with a mobile tracking device that allows me to track my progress independently of having to use my phone. 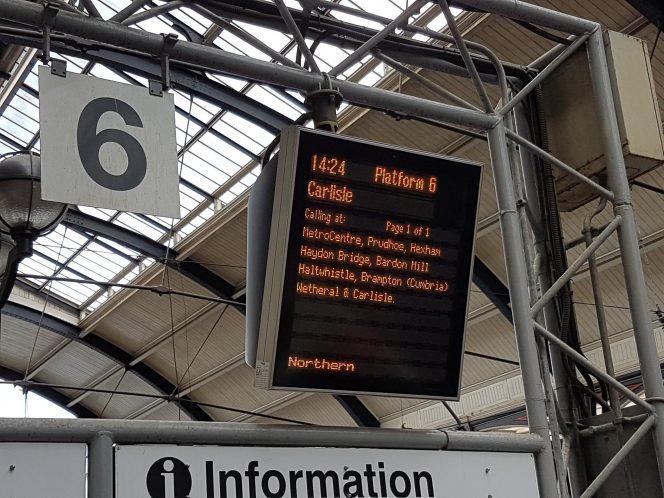 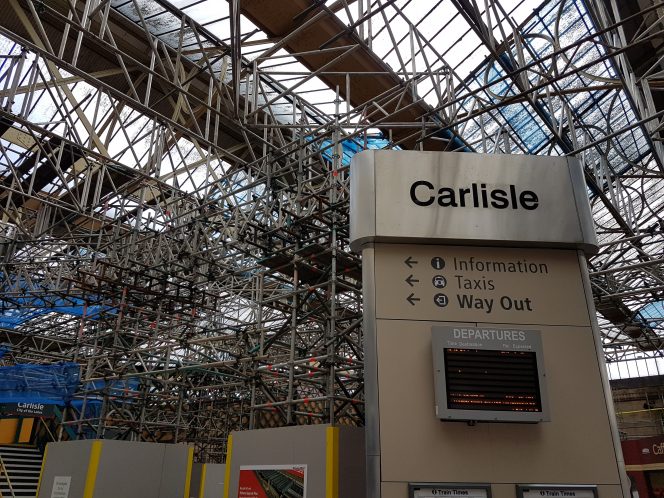 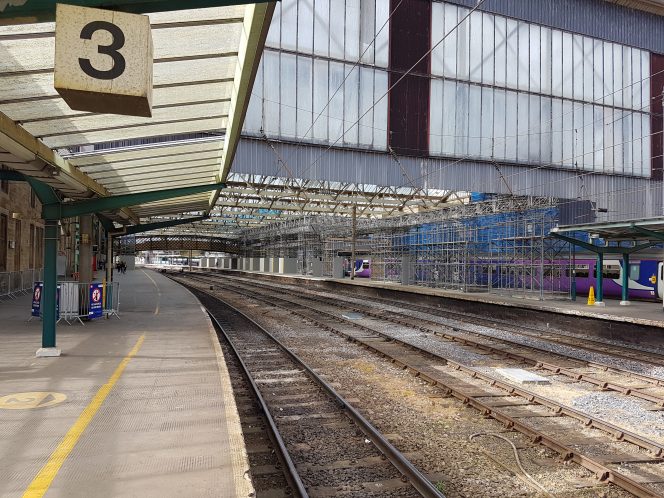 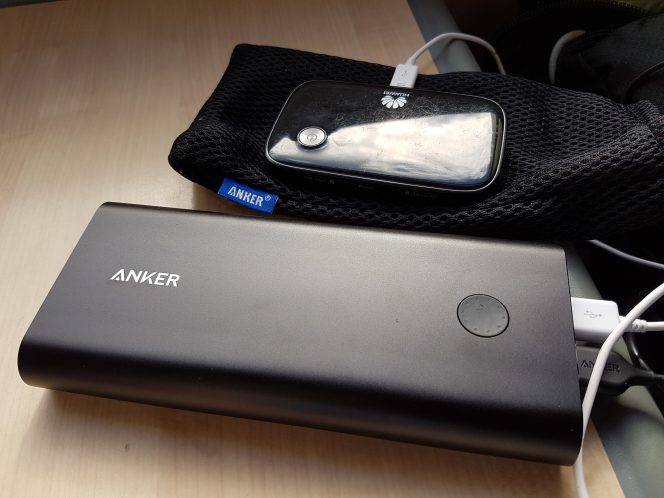 Arrived in St Bees at exactly 17.55 as timetabled. Nice run along the coast. Lots of village names I’d never heard of. A lot of folk got on at Whitehaven in party mood. The Stonehouse Farm B&B was right next to the station. Carole Smith met me and showed me to Room1. Ordered packed lunches for the morning. Ham rolls, fruit and juice. Breakfast at 8.15 – they already have a party of five at 8am.

Before the others arrived (an hour after me) I strolled down to the beach which is the start of the coast to coast. I figured the weather today is nice whereas tomorrow it will be horrendous. Might as well get some nice pics in before the rain.

Dinner at the Queens Head. Manor Hotel was fully booked. It was fine – 4 pints of Lancaster Bomber and a 16oz gammon, egg and chips. Bed at 9.30.