I’m not going to go into a detailed comparison/review of the Nokia Lumia 920 camera compared with Samsung Galaxy S3 camera but I will share a few observations. 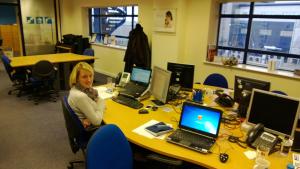 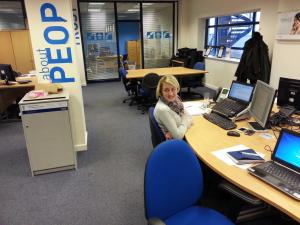 The one on the left was taken with the Nokia Lumia 920 and the one on the right with the Samsung Galaxy S3. I have no complaints about the photo quality of either camera but you do have to say that they look different. They were both taken at the same time – the Lumia in my left hand and the S3 in my right. I personally think the Galaxy S3 looks more natural.

The  S3 camera definitely has more functionality out of the box. For example panorama mode is an additional app download for the Nokia and the S3 has far more variables that can be modified in its settings. Having said that I guess the Nokia stance is that the simpler the camera, ie the fewer settings you have to play with, the less likely things are to go wrong.

I don’t feel that the increased functionality of the S3 has been detrimental to my photo taking though. The Lumia 920 is a lot faster in bringing up a photo on screen once you have taken the picture. It’s just a sideways swipe of the finger. I’m wondering whether the reaction time of the S3 is because I’ve got a lot more running on it. It’s something I’ve begun to notice recently. Both camera apps  take the same amount of time to fire up which is important because I often find myself wanting to take a quick photo of something – Lancaster bomber flying by etc1.

The header photo is “snow on the line at Newark Northgate train station” taken with the Nokia. You will be relieved to know that this light dusting was not enough to cause railway chaos though it did mean we were slightly late into Kings Cross as the driver was taking a tad more care than he normally would – good to know we were in safe hands. Arrive alive and all that!

Alex Whitworth, the model shown sitting down is one of our excellent product managers. Which photo do you prefer? The people shall have their say!

1 I should point out that I don’t often take photos of low flying Lancaster bombers. I was merely using that situation as an illustration of the kind of scenario that demands quick reaction time with the camera. I could have used a low flying spitfire as an alternative. That of course would have required even faster reaction time being a fighter and therefore designed for speed and agility instead of bomb carrying capacity and range.