had occasion to call the AA this morning. I was out before dawn to take in my usual swim on the way to work when knock me down with a thirty pound sledgehammer the car wouldn’t start. Never had a problem before but hey, stuff happens…

I called the AA at 7.40 am and was promised a van in my front drive at 8.40. Ok cool. I had my usual Weetabix with banana and before I knew it an sms came in on my Samsung Galaxy S3 telling me the AA man would arrive at 08.10. Very good. Impressivo. 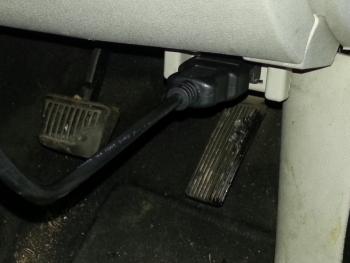 Following breakfast I moved into the front room to keep an eye out for the van and at just before 08.40 it drove past. I must get the house number on the gatepost fixed. Walking out to the drive I saw the van drive past the other way – I definitely must get that number fixed !:)

At the third pass I flagged the van down and it pulled into the drive. Yay.

Fortunately the car didn’t start as soon as the AA man tried it. I had this irrational worry that once he got there there wouldn’t be anything 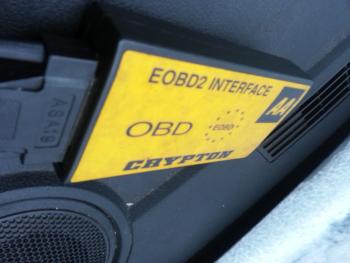 wrong with it. Out came his diagnostic kit and he set to work. Now this is really the point of this post. The AA man plugged a connector into a socket just below the steering column that I didn’t know was there, got his ruggedized tablet out and ran some tests.

Trying the engine again the car started straight away! Blimey!! 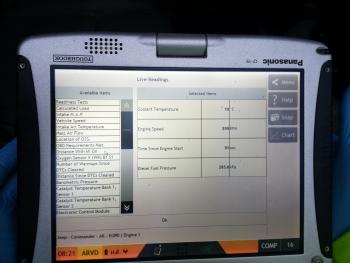 basically there was nothing wrong with the car/engine. He suspects it was a low fuel pressure or at least a temperamental fuel pressure sensor. If the on board computer doesn’t think there is enough fuel pressure it won’t let the car start. The car deciding to start was nothing to do with the plugging in of the OBD kit. It is now ok again.

The worry of course is that this might happen again. I didn’t want to keep thrashing the battery to start the car in case it ran it flat (fwiw) and itwon’t really be any different another time though there is a scenario where if the car isn’t going to start it doesn’t matter what the state of the battery is..

The information obtainable via the OBD interface was impressive. I could in real time see the changes to the fuel pressure as I pressed my foot on the accelerator. I’m sure there must be a market for an application that streams data from the engine management system to a cloud based data base that would allow me to observe the trends related to what is happening with my car engine. It might help me to spot problems before they happen and mean I’m less likely to miss my swim in the morning.

This is a machine to machine big data job with a mobile data SIM connected to the engine management system. It would be very simple to add a tracking function to this as well.

This may be available but I’ve not seen it. Car tracking systems seem to be more about recovering stolen vehicles and spying on your truck drivers to make sure they aren’t slacking than anything related to anticipating problems with the car. In itself this is fine but more could be done.

You could use the same SIM for in car internet browsing whilst on the go. Not for the driver but maybe for the kids use with an iPad to keep them entertained on a journey.

Anyway that’s my threppence halfpennyworth. The car is fine now Praise Be!