Web presence makes a huge difference to your business these days. You need to be on the front page of Google search rankings or you ain’t on the web.

I’m not saying we are up there for every search term we would like – that’s work in progress. However NewNet, our wholesale business is very much getting it right.

Check out the two screenshots below. The first is the top of the page showing the results for the “wholesale comms provider” search term. NewNet comes top for both paid for and organic. The other organic results on that page are mostly BT and then Ofcom. The second just shows you the rest of the screen. Nice.

My home ADSL has occasionally been causing me issues with the broadband performance dropping right off. I know it isn’t the Timico network because I can see our network utilisation and when I have problems at home there is plenty of capacity available in our backhauls.

So gnashing my teeth I blamed BT and pulled a favour. As a one off they took a look at the Lincoln exchange to see if it was suffering congestion. Blow me down if they didn’t send me a graph showing that usage never get near capacity.

END_OF_DOCUMENT_TOKEN_TO_BE_REPLACED 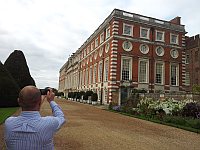 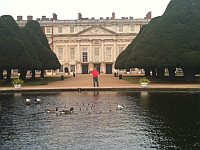