In early 2010 I gave up Windows Mobile and my HTC TyTN II and made the leap to an iOS-saddled iPhone 3G. Making the switch was not necessary — the TyTN II still had a good amount of life in it, and I know it kept its next owner happy enough for roughly two years following — but when My Missus’s company upgraded her to an iPhone 3GS I thought I’d take the opportunity to shake myself out of my mobile comfort zone and repurpose her leftover phone.

I can see you drifting, treasured reader, so let me take a moment here to put my fingers in your nose and pull you back towards your screen. I am not going to go down the gorged-so-deep path of the iPhone-converted here. Promise. Stick a needle, man.

Continuing…I enjoyed my early experience with the iPhone, but felt then that it was more a toy than a tool, and that has not changed (yes, four years gone by and I am still wielding an iPhone, though I upgraded that original 3G to a iPhone 4 three years back because at the time it offered what was unequivocally the best phone-based camera on the market). 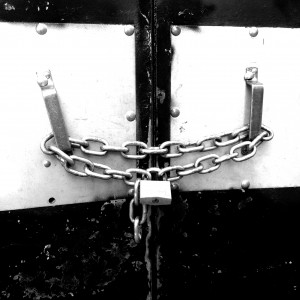 Now don’t get me wrong.  Toys are great — anyone reading my stuff for any sustained period of time soon learns just how much I love my toys — and so long as the Internet-connected shiny in my pocket is able to provide pics, phone, text, email, and a wee spot of web browsing it really doesn’t need to be anything more. Thus I should be fat-n-happy with iPhoneKory, right? (If you haven’t caught on yet, yes, I sometimes name inanimate objects.) I shouldn’t be consumed with thoughts of moving into an Android phone, but should be content to remain comfortable and cared, warm and satisfied within iOS’s bright, colorful walls. I shouldn’t be…but I am.

For me, the itch to explore outside of the “ecosystem” that Apple works so hard to keep so many of us ignorantly confined within is nothing new. As mentioned at the start, in fact, it was just such an itch that led me to iOS and the iPhone. And since first entering into my relationship with iOS/iPhone back in 2010 I have not been completely faithful, enjoying a month-long affair with a Nokia-provided Windows Phone in early 2012 (thanks again to the oh-so-kind Nokia people I met at SxSWi that year). And were it not for iOS’s Internet-based Messages feature I might very well still be with that beautiful blue Nokia Lumia 800, too (American, living in Europe, prefers free text messaging to having to pay 0.30€ each for messages both sent and received, this before WhatsApp and other apps like it caught on Stateside). As Emily Dickinson once put so well, “The heart wants what it wants.” and my mobile heart wants to roam (without roaming charges, that is).

Three years is a good long time to be with one mobile phone (we don’t acknowledge that one month Lumia dalience), and the time has come to move on. I could blame it on the fact that iPhoneKory’s battery no longer holds a charge for more than a few hours, or that the 30 pin dock connector is a bit loose and requires a bit of jury-rigging to do its work, or that the apps no longer open or operate with the same snap they once did, but that would be disingenous. No, the plain truth is I want to shed my iOS shackles, to see the greener grass that no doubt lies in an Android KitKat phone, and to once again know the tingle of excitement (read: exasperation, frustration, vexation) that comes with trying to configure a non-Apple device to get along with OS X.

Conscious uncoupling is such a good phrase I think we should have a regularly updated page with useful pr machine generated stuff:) The old Bill Clinton “we did not have sex” (or whatever was allegedly said) also springs to mind.

There’s your next quest!
Nothing wrong with Windows or ChromeOS (ask Tref!).

I could write on my Life Without Google experiment……

HmmmUK, you can be sure that as I move through the process I will share the glorious gory (gorious glory?) details of figuring out how to get the future AndroidKory to play nicely with OS X, though I expect that a few chapters of this just-getting-started tale lies in the path prior.