What the lone acronym in “VoIP Week” does NOT represent.

As a longtime fan of Marvel’s super hero comic books — 40 years and happily counting — I find myself quite satisfied with the persisting Hollywood trend of putting these Fantastic! Incredible! Amazing! Uncanny! Mighty! characters on the Silver Surfer…er, silver screen. And almost as much fun as seeing these wonders brought to life is the narrative means used to tie them all together, that being the oh-so-shadowy government agency S.H.I.E.L.D., which as acronyms go is one heckuva Marvel-ous mouthful (originally “Supreme Headquarters, International Espionage, Law-Enforcement Division”, then changed in 1991 to “Strategic Hazard Intervention Espionage Logistics Directorate”…both way-cool). 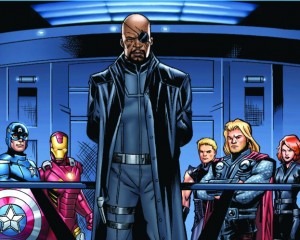 So what does all of this have to do with VoIP? Well, as great acronyms go absolutely nothing, as S.H.I.E.L.D. is way-cool while V-o-I-P is decidedly not. In fact, though the meaning behind V-o-I-P — Voice over Internet Protocol — is a cause célèbre, worthy of consideration, contemplation, conjecture, and cockeyed optimism, the “word” verbalized evokes images of a thick liquid dripping onto a badly-tuned piece of tin poised alongside a carnival microphone.

Say it with me. Or better yet, don’t.

As awful an acronym as V-o-I-P is, one has to wonder how it came to stick as the most common reference term for the technology it represents. Could it be that as bad as it is, V-o-I-P is actually the best of a really bad bunch? Let’s see…

OK, so maybe I am no longer wondering how V-o-I-P took hold in the tech-y lexicon. After all, nature abhors a vacuum and all that (Horror vacui!). Also, sadly, nothing better was in the ether (evidenced above), and it isn’t as if the average man-on-the-street is going to say “Voice over Internet Protocol” every time they need to refer to the concept (of course, there is no way said average man-on-the-street is ever going to comfortably use the acronymic word “VoIP” either, but let’s not get bogged down in reality’s messy details). Still, it sure would be nice to be able to lay blame for V-o-I-P at someone’s keyboard, but unlike the massive majority of Internet-based whatever-and-whatsis there is absolutely nobody out there laying claim to originating — starting? envisioning? founding? — the term. Even if we could force somebody to take responsibility for this *four-letter-word* of a four-letter acronym, though, a proper punishment could never be levied as any attempt to do so would likely raise the ire of the Kids from C.A.P.E.R.*

At this point the Marvel-literate among you might be gasping (Gasp!) for me to return to espousing on and praising the MCU (Marvel Cinematic Universe, for those of you not in-the-know who have hung on this far). It is “VoIP Week” at trefor.net, however, and other than their diametrically opposed acronym quality no other useful correlation can be made between S.H.I.E.L.D. and V-o-I-P (other than the fact, that is, that S.H.I.E.L.D. agents likely make extensive and heretofore unknown — and way-cool — use of VoIP technology). Still, you can’t beat a good opening.

*The Civilian Authority for the Protection of Everybody, Regardless

My wife went to a pub quiz recently. She came home very excited saying that one of the questions was what does VoIP stand for. She was the only one who knew the answer:)

VoIP is just a small but important piece of the bigger picture. The telephony market is getting a slow but much needed overhaul where software and online services are replacing the physical exchange model. The diversity of things that have VoIP at the core is a sign that eventually merely replacing old models will not be enough and the new service providers will need more names to describe themselves.

Of course, there’s no way that Tony Stark would use antiquated technology. He’s clearly a VoIP user 😉