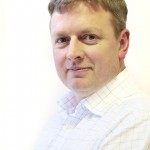 Thirty years ago we saw the start of a new era in the UK telecommunications market. The Telecoms Act 1984 introduced competition and included the Electronic Communications Code which regulates the relationship between landowners and telecoms network providers.  The primary policy objective of the Code was to enable operators to develop networks and encourage competition where previously BT had been the only operator. Unfortunately the Code never fulfilled its intended purpose and is seldom used due to the complexity of the processes and the very poor drafting of the Code.

This matters because the economy depends to an ever increasing extent on digital connectivity. In 2013 in their report on the Code, the Law Commission cited research showing the value to the economy of our industry as some £35 billion.  For businesses a fast reliable connection is now vital. Consumers too increasingly regard superfast broadband as an essential service. Demand for bandwidth continues to grow.  To deliver the 21st Century services that the UK needs, we need to enable investment in the networks needed to provide such services.

A modern, workable legal framework would help encourage fresh investment in UK telecoms infrastructure.  This is an immediate regulatory step the Government could take to reduce the costs of network extension and so drive investment and innovation.

The current Code – outdated and counter-productive

The Code is widely regarded as a poor piece of legislation. In the main communications providers have tended to find other ways to avoid or overcome land access problems. They do this by finding alternative routes, sometimes by paying up the sums demanded for access as the need to connect a customer is so urgent, or in extreme cases by simply not installing the infrastructure at all.

The issue was examined by the courts in the Bridgewater Canal case when Geo Networks sought to install additional fibres in existing ducts under the Bridgewater Canal. The landowner claimed Geo had to pay more fees in addition to those paid for the existing ducts installed under the canal. Geo sought to rely on the code but this meant pursuing the matter through the courts for a number of years, ultimately ending in the Court of Appeal.

Mr Justice Lewison said of the Code “ In my view it must rank as one of the least coherent and thought-through pieces of legislation in the statute book”.

Under pressure from industry the Government instructed the Law Commission to look into the matter in 2011.  In 2013 the Commission recommended that a brand new code be drafted, starting with a blank sheet of paper.

Two years have now passed since the Law Commission’s recommendations were published but nothing was done until January of 2015. Then the Government rushed out amendments to the Infrastructure Bill which would have totally rewritten the Code. Unfortunately while the intent was good, the execution was poor and the proposals had to be withdrawn in the face of opposition from both communications providers and landowners. Nothing can now be done before the election but DCMS has issued a consultation on what a new code might look like so there is hope that reform might still take place after May and that the UK might at long last have a Communications Code fit for the 21st Century.

This should be an issue which commands cross-party support.  The Government, announcing an agreement with the mobile networks to enhance their coverage, described the code as ‘out-dated and ineffective’ whilst the Opposition said during parliamentary debate of the Code last year that they ‘have made it very clear that we are in favour (of reforming the code)’.

Crucially, the UK is now falling behind other European countries in the support given to those responsible for maintaining our digital infrastructure. For example, while network upgrades in the United Kingdom can (as shown by the Bridgewater Canal case) be a lengthy and expensive process and can require network operators to pursue costly legal action, other countries recognise the economic importance of such work and allow much quicker methods with less red tape.

If the Government is to achieve its stated ambitions in relation to world class communications infrastructure then it needs to reform the Code. The industry has been campaigning for this reform since 2009. What is needed now is political leadership and a commitment to produce a workable Code which balances the interests of network operators and landowners alike. Failure to do so will put the UK at an economic and competitive disadvantage. Businesses and consumers cannot afford for the UK government to continue to prevaricate on this issue.

Improvements and repairs are being delayed

Failure to reform the Code will continue to hinder the ability of communications providers to build the infrastructure needed to compete with BT. It also limits the utility of regulatory remedies such as passive access to BT’s infrastructure – in order to use the duct and pole sharing products which BT was ordered to make available, BT’s rivals need first to negotiate with landowners for the right to install their own fibre in BT’s existing ducts since wayleaves almost always prohibit the sharing of the duct with other operators.

This runs contrary to Ofcom and Government policies of encouraging infrastructure sharing. The current system builds in delays with the rental negotiation and other administrative processes, all backed up by a code which is so cumbersome as to be unworkable when seeking access to land to install infrastructure. Delays in rolling out network are   frustrating both to customers (particularly businesses) and to communications providers alike.

Reforming the Code – what needs to be done

It is widely recognised that the current Code is outdated and no longer fit for purpose. It was drafted in an age when electronic communications were less of a priority whereas they are now a vital part of any business and regarded as an integral part of everyone’s life. As the Law Commission put it “The current Code is complex and confusing, it is inconsistent with other legislation, and it is not up-to-date with modern technology.”

There is considerable detail behind the issues highlighted above and this article cannot properly cover all the salient points. However, the starting point would be to address the following headline requirements:

Significant reform of the Electronic Communications Code is needed to deliver efficient and more effective delivery of increased competition as we move forwards into an era when fibre to the premises can be envisaged as being required. Network upgrade and extension will therefore assume an increased importance and relevance. It is vital that this is not compromised by outdated and unworkable statutory provisions.

The industry has been urging Government for at least 6 years to look at improving the Electronic Communications Code;  UK businesses and consumers cannot afford to wait any longer for change in this fundamental piece of legislation which underpins the ability of communications providers to provide the infrastructure which the UK needs and the public increasingly expects.

This post was written by Domhnall Dods in a personal capacity.

Domhnall is a highly experienced telecoms lawyer and regulatory expert He has worked in the telecoms industry since 1996 having spent 12 years as Head of Regulatory Affairs at THUS plc. (1996 -2009).

On leaving THUS he joined Towerhouse LLP, a law firm specialising in the regulated sectors of the economy.  Domhnall trained and qualified as a solicitor with Shepherd & Wedderburn WS in Edinburgh, qualifying in 1990.  He was educated at the University of Aberdeen and Napier University Edinburgh.