Will the B4RN business model work elsewhere or is it the result of an unique set of circumstances.

B4RN, or Broadband For the Rural North is a community owned provider of internet connectivity services offering 1Gbps fibre to the home technology for £30 a month. B4RN bill themselves as “the world’s fastest rural broadband”. You don’t need to rent a phone line as well which is the case with “traditional” fibre broadband technology which still  relies on the copper phone line for the last bit of connectivity to your house. So the £30 is it and the 1Gbps is also it. If people want a phone they can get a low cost VoIP line from any number of providers – B4RN recommend Vonage.

Fibre to the home is not generally available from mainstream broadband providers such as BT and Sky because these providers typically reuse the country’s existing copper line infrastructure to carry most of  their services. The cost of rolling out totally new fibre connections to everyone would not make business sense. This was estimated at £29Bn by a government funded report a few years ago. BT is spending around £2.5Bn on the current Fibre to the Cabinet rollout.

How does B4RN do it?

You can see there is an order of magnitude difference between the two costs. It doesn’t make sense for BT to spend £29Bn on a broadband service. For one with that kind of up front cost they wouldn’t be able to do it for £30 a month and I doubt their shareholders would consider it money well spent.

So how come B4RN can provide a 1Gbps FTTH service whilst BT can’t. B4RN’s cost per metre to roll out fibre is around £5 whereas I remember seeing up to £140 in the BT pricelist, at least for the most awkward stretches of fibre. That’s a big difference.

B4RN relies on donated labour from communities served by their broadband. People accept that the price of getting broadband is their free labour. BT will have union regulated price structures for this kind of work. BT also has to provide scale. They need to be able to provide the same services across the whole country. They won’t find volunteers to help them dig trenches if those volunteers think they are helping to line BT’s pockets. B4RN is a community owned organisation. The volunteers are lining their own pockets. 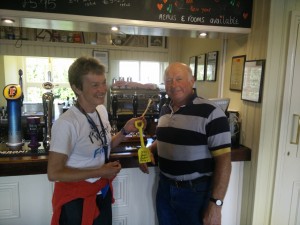 Moreover one of the costs associated with digging fibre into the ground is what is known as a wayleave. This is the fee (per foot) paid annually to a landowner whose property is being traversed. Landowners will see this as a “nice little earner” from BT. In the B4RN business model scenario the landowner normally waives the wayleave either as a gesture towards the community, the desire to get broadband themselves or having been subjected to peer group pressure ie leant on by friends. There have been cases where a landowner has just not been interested in helping out and in this scenario his or her property is simply bypassed and doesn’t receive the service. 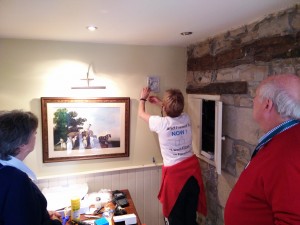 This whole way of working relies on having champions within each community to round up volunteers and manage the digs in their area. This is typically done on a parish by parish basis.

The original B4RN assumed there would be 8 parishes involved with up to 1,300 premises. Once a parish had been “lit” (in other words the fibre connected and providing broadband services) interest in the scheme would naturally be generated from neighbouring parishes. People talk.

The process of connecting to adjacent parishes is fairly straightforward and largely only involves the planning of the fibre digs. In principle the B4RN network could spread across the whole country, eventually even reaching rural Lincolnshire, simply by connecting adjacent parishes. It’s a little more complicated than that but not much more.

The difficult bit is setting up the first parishes. This is because just digging local fibre connections isn’t enough. This fibre has somehow to be connected to the internet. It also requires significant technical expertise to do so. B4RN were lucky in having Professor Barry Forde living in the community. Barry was Professor of Networking Technology at nearby Lancaster University.

B4RN was also able to secure cost effective access to a fibre connection that ran to Manchester which is the main internet meeting point in the North of England. The combination of Barry’s tech, the fibre link to Manchester and a ferociously focussed team led by a farmer’s wife named Christine Conder has resulted in a network that is now booming, spreading (13 parishes as I write) and the toast of rural broadband networks across the whole world (B4RN frequently receives global media coverage). Moreover Barry Forde and Chris Conder have been warded MBEs in recognition of their work promoting rural broadband.

Would B4RN work in Lincolnshire (B4RL)

So would a B4RN model work in Lincolnshire. The answer is quite possibly but of course this relies on fulfilling the three criteria – tech knowledge, access to a fibre backhaul (to the internet) and finding a team of parishioner interested enough to make it happen. It also needs enough householders interested in taking the service. All of these factors are difficult to achieve.

There is a scenario whereby B4RN could run the project which would satisfy the tech knowledge criterion. You would still need enthusiasm and local fibre, the latter being the hardest/most expensive to find. It is going to take the B4RN network a long time to reach Lincolnshire by organic means and the building of a new “node” would provide a shortcut to making this happen.

If the government were only to chose one thing to assist rural communities access good quality broadband it would be by helping them to access the fibre backhaul. The B4RN experience in getting state assistance has not been good. In fact they have had no government assistance and moreover consider the red tape associated with such help to be more hassle than it’s worth. However this doesn’t mean that a government provided fibre connection into rural communities isn’t doable.

It’s a model that should be looked at could be the wholesale provision of dark fibre into markets that would otherwise be uneconomic and not attractive to private investment. Any Service Provider would be able to avail themselves of the facility.

There is one note of caution to this tale. One of the reasons the BDUK project was structured towards only allowing large businesses to bid for the money was because of the government, in line with all public bodies, needs to be seen to be spending our cash wisely. Part of that is making sure that the investment isn’t thrown away because the Service Provider goes tits up sometime down the line. In other words the entity being given the cash needs to be seen to be a good long term prospect.

There is some validity in this approach. After all broadband has become part of our critical national infrastructure and BT isn’t going to go bust anytime soon. Witness The Ashby Digital Village Pump project providing 100Mbps symmetrical FTTP in Lincolnshire. This was announced with great fanfare but was badly run and soon fell apart. There are others like it.

This doesn’t meant to say there aren’t well run small businesses or organisations that can do the job. B4RN obviously can and the likes of Gigaclear appear to be thriving despite being a provider of fibre to the premises.

This is going to be an ongoing discussion for some time to come.

Other posts in Lincolnshire broadband week:

Philip Little of Bluecube Move to the cloud accelerated by superfast broadband http://www.trefor.net/2015/11/12/cloud-services-in-lincolnshire/

Intro to day 4 by Tref http://www.trefor.net/2015/11/12/today-on-trefor-net-how-people-are-using-their-new-superfast-broadband-connection/

Broadband for all by Tref http://www.trefor.net/2015/11/11/broadband-for-all-our-rights-to-access-utilities/