In early October, Gigaclear connected the first customers to their new Gigabit Internet service in Carlby in Lincolnshire.  This was as an extension to the newly upgraded Gigabit FTTP network just over the border (and railway line) in Rutland.  The map below shows Carlby and Essendine and the customers who have ordered service.  The green icons show where the network build is complete and the customer is now live. 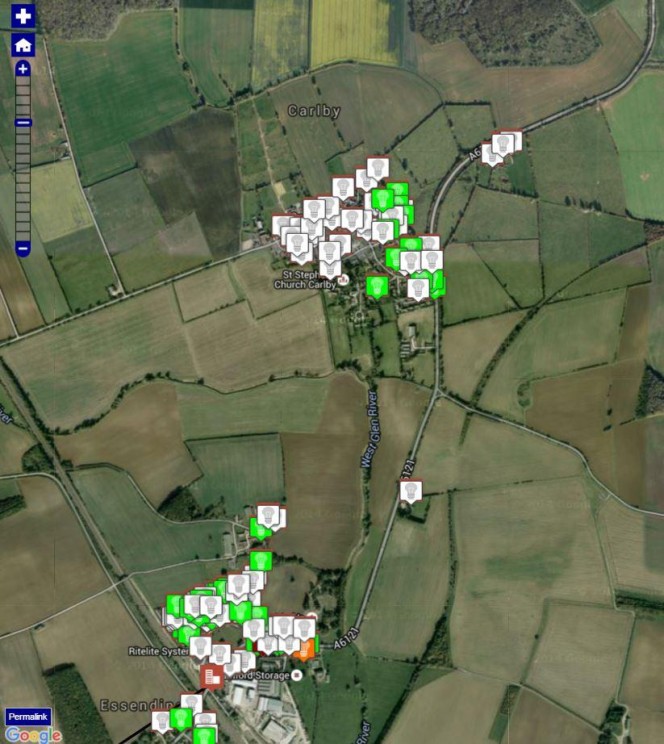 As the network build draws to a conclusion at the end of this year, all the residents of Carlby who have chosen to take up the service will be installed. Once live on the network they will experience transformational performance.  Some question whether a new buried FTTP Gigabit network is really needed.  Gigaclear believes that making, building, designing, advising and marketing anything just works better with improved access to information. The better the underlying speed, the better we all work.  So really, ultrafast speeds are like having running water in your home – once you’ve got it, you don’t know how you ever did without it.  And we really can use it when we get it – as this customer has shown in their first four weeks of service: 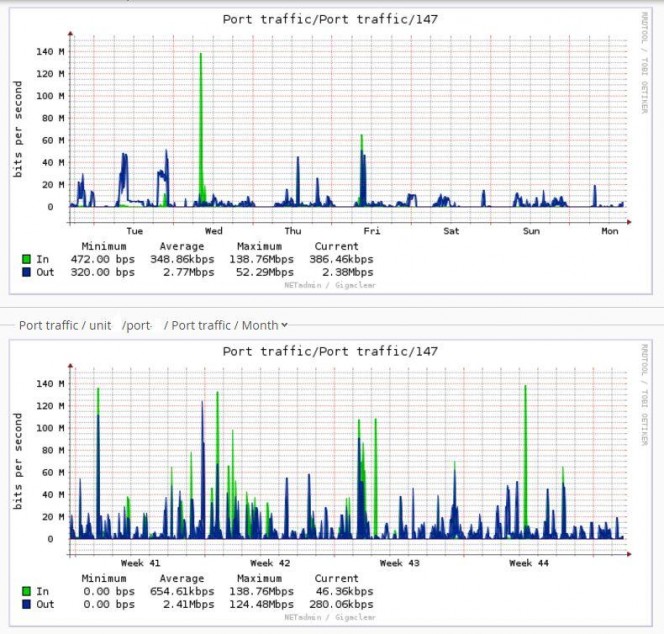 Gigaclear builds these new pure fibre networks because we see a substantial unmet demand for much better Internet access from both consumers and businesses.  The demand is for faster speeds, predictability, reliability, symmetry and clarity.  A brand new Fibre-to-the-Premises (“FTTP”) network delivers this, literally in spades. By focusing on delivering these things, we are adding customers at record rates every week. 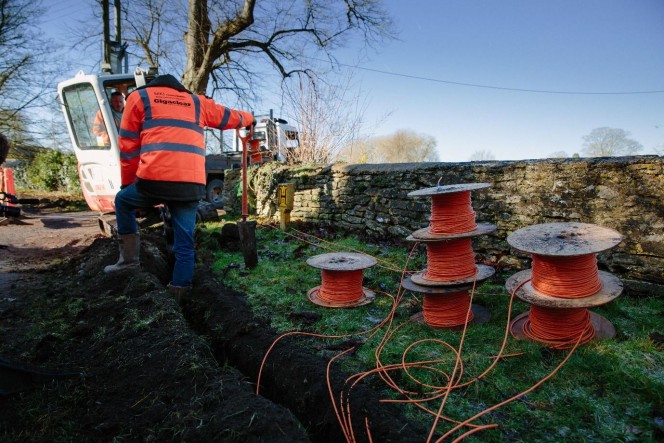 Yes G.Fast is being promoted as an alternative, and it can make a lot of sense for urban areas where loop lengths are short, property ownership is complex and you are already served by a high quality copper local loop.  Because in this scenario, G.Fast should in almost every case deliver you download capability of more than 100Mbps.  But if you want faster speeds, need fast upload as well as download, don’t have great copper or are on a long loop – that is to say you live in rural Lincolnshire – then G.Fast is a dead end for you. 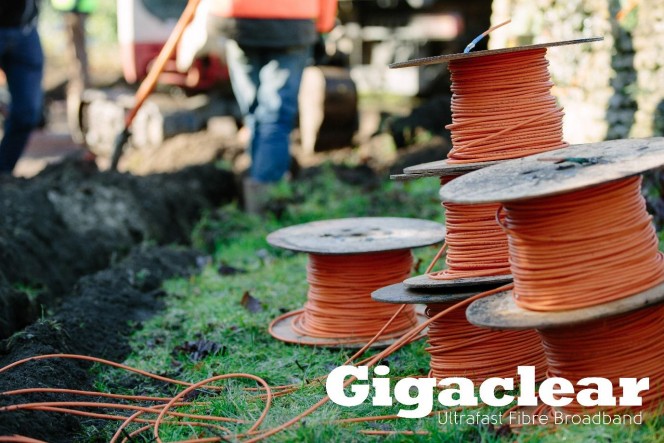 Matthew Hare is a serial entrepreneur and is CEO and founder of Gigaclear plc.

True Fibre to the Premises or FTTP is the holy grail amongst broadband services. FTTP doesn’t suffer from the same environmental problems as copper based services such as Fibre Broadband (yes it’s still copper to your house) and doesn’t degrade with length of line. FTTP can easily be upgraded as technology speeds increase because all you have to do is change the kit at either end of the fibre. You don’t need to lay new fibre.

Once the initial outlay on laying the fibre is out of the way it should in theory be cheaper to run.

BT isn’t rolling out FTTP everywhere because of this initial cost of putting the fibre in the ground (or on the poles etc). It doesn’t make economic sense for BT and whilst BT has its detractors I am not one of them. I can understand the business issues.

However this doesn’t mean to say we shouldn’t look around for alternative business models and tomorrow I will be describing one in the guise of B4RN. Stay tuned.

Other posts in Lincolnshire broadband week:

Philip Little of Bluecube Move to the cloud accelerated by superfast broadband http://www.trefor.net/2015/11/12/cloud-services-in-lincolnshire/

Intro to day 4 by Tref http://www.trefor.net/2015/11/12/today-on-trefor-net-how-people-are-using-their-new-superfast-broadband-connection/

Broadband for all by Tref http://www.trefor.net/2015/11/11/broadband-for-all-our-rights-to-access-utilities/

It doesn’t make economic sense for BT when there is still income to be gained from the age old copper. What is sadly lacking is transparency, and false marketing by the incumbent. It isn’t fibre broadband if it comes down a phone line. Real fibre is what Gigaclear are providing, a truly futureproof connection to the lucky villages who are getting it. The others are stuck with dead end copper, and the whole job will be to do again in a decade. Probably paid for by the taxpayer. Again. BT will migrate to content and mobile, and the ancient phone line network will collapse in a heap because it hasn’t been upgraded, its been patched. If only we had more Gigaclears.

The throughput graphs are interesting, peaking at 150M. This got me thinking about how few things have wired connections these days, and how WiFi limits you to about 75 Mbits/s of throughput (see http://wifinigel.blogspot.co.uk/2013/03/how-fast-is-my-ipad-on-wifi.html for example) or maybe 150M if you use two APs with well spaced channels.