Chaired the ITSPA WebRTC workshop at Google Campus yesterday. It had a great turnout so there is obviously an appetite to find out a bit more about WebRTC.

I’ve written about WebRTC several times before including here. The workshop comprised of presentations about the technology from Rob Pickering of IPCortex and Peter Dunkley of Crocodile Rich Communications Systems (they need an acronym methinks 🙂 ) followed by some demos (IPCortex, Crocodile and Drum).

In one sense these  demos are not very interesting. They are just showing video calling – no different to skype or google talk et al. The biggest difference is that with WebRTC the “client” is embedded in the web page that you are visiting. No need to download anything to run on your PC or phone. In theory therefore WebRTC could make for far more ubiquitous online real time communications.

WebRTC should facilitate communities of interest. For example if I have a WebRTC service in this blog then it would be easy to set up conference calls and discussions around specific posts – a big enhancement on the current commenting system. It should even be possible to record such discussions and embed them for others to listen to later.

You always hear about the next big thing that is going to kill off the good (?) old fashioned PSTN and WebRTC was mentioned as a contributor to this yesterday. The PSTN is eventually going to die but not for a long time yet. The WebRTC model, like the original Skype is not about minutes.

In any case, the PSTN is slowly moving away from a minutes based model to a fixed price all you can eat one which makes the death or otherwise of the PSTN a moot point.

WebRTC is potentially very interesting though but there is still a lot of work to be done. The standards are far from complete, even to the point of discussion as to which video codec to use. Half the industry wants to use H264 which is an existing and well bedded in codec. Unfortunately this half is also the half that owns all the patents for H264.

The other half supports Google’s push to use its own VP8 codec which it is making available royalty free.  Of course the H264 camp doesn’t like this and Nokia has apparently said that it owns some codecs that are applicable to VP8 in an attempt to stop it being “free”. You could take the view that Nokia won’t be around for much longer but you can’t base the codec decision on that and in any event someone would probably maintain ownership the patents.

For the moment most of us will have to get on making real money with existing products. SIP trunk anyone? 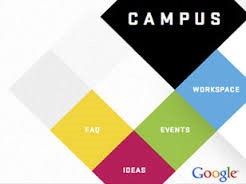 If you work in the Unified Communications industry you need to know about Web RTC. You can either Google it or come along to ITSPA’s Web RTC workshop at the Google Campus on 14th May to find out more.

This workshop is intended to provide a fairly detailed drill down into the workings of WebRTC and is suitable for the VoIP tech community. It includes an introduction to the technology and presentations and demos from a number of companies involved in the area. We will also be having a few beers afterwards, natch.

These events are seriously worthwhile attending. More details below – the event is open to non ITSPA members so git on down.

Part 3: Roundtable discussion/panel and audience Q&A
Discussion moderated by Trefor Davies on the impact of WebRTC:
What are the challenges, opportunities, and threats – to software phones, video market, fixed infrastructure and more?