Andrew Beardsmore is a new contributor to trefor.net and this is his first post. He’s been obsessed by tech for two decades and has spent most of that time fixing everything from networks to netbooks. Now he’s sharing the knowledge, and the obsession. 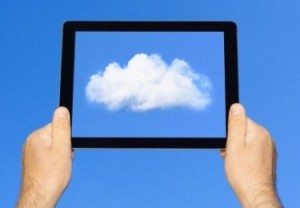 Home users who extravagantly trotted off to Currys/PCWorld during their “hey, we’re going bust” sales and splurged on full versions of more recent MS Office software (though intending to only blow a few hundred quid on a chunky Windows 8 laptop) probably won’t have heard yet of Office365. They also may not have noticed those early ChromeBooks, or if they did they weren’t entirely convinced by the PCWorld sales folk when faced with what looked like Ubuntu. That is, Ubuntu without a hard drive…or apps.* Their new high capacity laptop hard drives, overflowing with growing photo libraries from flashy megamegapixel point-&-shoots, are already laughing at their puny free two gigabyte Dropbox accounts, and buying yet another discounted external USB hard drive ‘My Brick’ to backup and fill with all their pics and videos of school plays and homework projects, as well as every family member’s iPad/iPod/iPhone backup…well, it just seems so ‘2011’, doesn’t it?

Now these home users are included in this mini-cloud revolution also. (Not every household bought a NAS — though perhaps they should have — as they ARE expensive. Expensive, anyway, when compared to the wares peddled by Microsoft.)

In my opinion, the principles are broadly similar whether you are purchasing enterprise licensing or you are a home user “with a lot of stuff”.

With monthly offers that include an Office365 subscription (spanning multiple devices and user accounts) AND one terabyte of online storage now available for less than the cost of three lattes, just how cheap does it all need to be? And would you trust it if it got any cheaper ?

How does $7 a month sound? (In dollars because — Yup — stateside rollout first.) For this amount you can put Office365 on your PC and get a terabyte of storage thrown in. Make it $10 and you can install on five PCs and have as many as five user accounts (each with its own terabyte of online storage). A terabyte? That’s one thousand gigabytes for those of us with suntans and more interest in Wimbledon than “The IT Crowd” reruns.

Interestingly, Microsoft commissioned a recent survey and decided that about three quarters of us only have about thirteen gigabytes of ‘stuff’, so one thousand gigabytes should pretty much cover it. To be honest, though, this number sounds like it’s been picked more to justify their updated freemium offering of a fifteen gigabyte deal.

Many will forget about their Dropbox accounts, mothball their GoogleDrive accounts, lose the power supply plugs and mini USB cables for their ‘My Bricks’ (and never again dream of owning a NAS). They’ll take the plunge into subscriptions-based software purchasing** just for the great one terabyte ‘giveaway’ alone. Got a smartphone that you take pics on? How about letting it backup all those precious shots automatically to OneDrive (smile!).

Think about it. Never again will you need to go through a ‘fork-lift’ upgrade process between versions of Office — remember the advent of the blasted ribbon in Office 2007? — as your device will instead accept the more frequent but gradual improvements and changes in the same way your smartphone updates its apps whilst you sleep. It will backup and sync continuously, silently, all the time. If you’re a small to medium business, what this means is that the guy who takes the backup tapes home every night and puts a new one in every morning won’t have to continue to lie each time he forgets. Or you can rethink your price plan with MozyPro, or whoever. The AD-like control you get over the data it handles will sufficiently please both your sysadmin and your CIO/CISO.

Many will consider Microsoft’s new 1TB + Office365 $7 per month subscription a no-brainer. And, if you’re bulk buying for business, the deal gets even better, as according to the third link I offer below it is just $2.50 (yearly commitment). Such a huge saving is certain to ensure your continuing position with the company, that is if you can persuade your CFO. And if against all odds it turns out to be a rubbish idea and they fire you, well, they can just cancel your user subscription!

N.B. I wonder how many smaller partnerships and LLPs will be tempted to take the home licensing route on their mixed-usage mobile devices…pay the $10 five-user rate, out of guilt, and call it BYOD when it’s in the office?!

*Company-wide Chromebook deployment: Great way to to upgrade to a modern OS, get a new office productivity suite, AND equip your workforce with mobile devices for less than the price of a desktop refresh. I want to know more about the experiences of companies who have ‘gone Google’ in this manner. I like what I have seen so far with Google Appcare. However, having recently dropped their cloud offering’s pricing, I wonder how they feel about Microsoft’s new deal? To quote mine host, it’s “certainly warming up in the cloud wars”).

Chase the following links for specific details and price plans for Office365 and OneDrive:

Thanks for reading. You can find more on the subject of Office365 and similar tech at twitter.com/@andyosira.

I realise that this is of little interest to most of you but I’m having a play with ChromeOS. I have it running on a virtual machine on my Dell laptop. It’s a bit slow but that is going to be because of the VM rather than the OS itself and certainly not due to the lack of bandwidth. Also every now and again it crashes, notionally due to lack of memory.

Initial impressions are good though it’s not perfect. For example in order to try out the online music app it asks you for your credit card info even though the app is free. Apple does this which I hate. I have subsequently found that you can bypass the Apple credit card capture page by not filling any of the fields and clicking “next”. Google won’t let you get away with this which I don’t like.

I have to fill out this form in order for Google to tell me whether the music streaming is “available in my country”. A simple “googling” tells me it is only available in the good ole US of A so it is a bit of a waste of my time and certainly irritating that a global organisation such as Google would have a product that was restricted to that country.

Next I tried the image editor and was a little disappointed to see it had pretty limited editing tools – crop, autofix, contrast and brightness. I need to be able to resize for the web as well as crop. Still it was easy to find a photo to edit. I just stuck one in Google Drive and hey presto it was there online. I use IRFanview on the laptop which doesn’t seem to be available for ChromeOS.  There do seem to be lots of photo editing apps in the chrome Web Store though so that is probably ok.

I have a good feeling about ChromeOS. At £229 a Chromebook is not expensive to try out though I do have an issue with having too many gadgets at any one time. I want to play with ChromeOS, Windows8 and Windows8 running on a Nokia Lumia 920 over 4G. It isn’t manageable though to have so many gadgets, especially as you have to sign up for a 24 month 4G contract with EE to lay your hands on the Lumia. My friend Kory raves about the Samsung Chromebook though doesn’t recommend it as a primary system yet.

The general Google ecosystem really is heading in the right direction. I’m building up to a bit of a post about the Google versus Microsoft battle for the desktop with a specific slant on Unified Communications. It will have to wait for another day though. It needs more time.