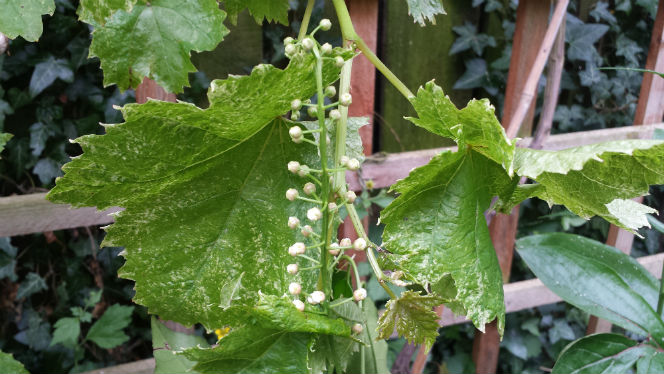 For some time now the editorial team here at trefor.net has been considering becoming self sufficient when it comes to wine. It used to be that you could get a reasonable bottle of plonk for five or six quid. No more. You now have to spend at least eight to avoid that screwed up face look.

There is only one thing to be done and that is to make your own wine. The only ingredient required to make wine is grapes. Grapes and plenty of sunshine. Living in Lincoln we haven’t historically benefitted from a guaranteed supply of the latter. This is the midlands which is reasonably green and pleasant and totally unlike the sun-parched plains of the rich south where most British wine is grown.

This can’t always have been the case because there is a patch that was formerly a vineyard on a southish facing slope at the Medieval Bishop’s Palace in front of Lincoln Cathedral. They weren’t daft, those Medieval Bish’s. Must a liked their tipple, unless, in their defence it was purely used for communion wine.

It was a lot cheaper to grow your own in those days as transportation costs would have been typically a lot higher per bottle/cask than it is in the technological age of 2014. Also they would have used cheap peasant labour to tread the grapes, or at a push the monks could do it. Knowing you had trod your own grapes used to engender a lot of pride in ecclesiastical circles.

That was then and this is now. I’m not treading any grapes when technology can do the job for us. Even then we are getting ahead of ourselves. This story hasn’t got that far yet.

Having decided to make your own wine the next step is to plant a vineyard. We considered that instead of worrying about global warming we should just go with the flow and planted our own vineyard in the Davies household around 3 years or so ago. Initially it was in a planter but after the first year the estate management committee met and decided it would be better off in the soil and replanted it against the newly installed trellis where we keep the barbeque.

Each summer we would rush to see if there were any grapes coming along and up until now I have to admit to an element of disappointment. Nowt, niet, sod all. Yesterday however, having trimmed back the greenery coming through from next door’s side of the fence, I uncovered the bbq with a view to cooking some burgers, chicken drumsticks and pork escalopes1. Then I saw them. A neat pre-pubescent strip of what will, in the fullness of time, and as spring inevitably moves into summer and thence on to autumn, be a bunch of our very own grapes.

This is big news which will trigger a rush of activity in our house. Winemaking equipment will need to be sourced, a bottle cleaned out and kept ready as a container etc etc etc.

The only thing is I suspect we have no idea what sort of grapes we are growing. The vine was a gift from the father in law who is a bit of a dab hand at this kind of thing and once had a photo of the apricot tree trained against their back wall published in the Daily Mail. Could ask him I suppose but I suspect he won’t be able to remember, fair play.

None of this matters. Here on trefor.net we are going to follow the progress of Lincoln’s latest vineyard, just as we have been able to do with the Lincoln Eleanor Cross project. Come back each weekend for a progress update.

Just been out to check on my grapes only to be confronted with a crushing disappointment. The stalk of flowers was no longer there. What could possibly have happened? I searched in the undergrowth and found not one but two stalks on the floor. Oh no! Might we have had two bunches of grapes growing? Had I knocked them off the vine by carelessly throwing on the bbq cover when I was shutting it down for the night?

Nah. Looking up the tree above was covered in these flowery stalks. One must have fallen off and dangled over the vine making it look as if it was growing there naturally. This is the same tree that casts a shade over the vine for the first part of the day and could well be contributing to the absence of grapes. Hmm.

Never mind we will continue to watch that vine and look forward to the day when we no longer have to buy our wine in and can grow merry on the fruits of our own labours. Also not going to waste this post having taken the time to write it:)

1 Marinaded in Nandos Hot Peri Peri sauce and served up with a variety of salads, new potatoes and barbecued corn on the cob and asparagus

Other great agricultural/gardening posts include:

The yellow flower
7 a day in a box
Daffodils